SilentThreat said:
He was flat out asked in a different interview today that if Snyder was no longer owner, would that change things and he said "that would make me need to take another look at things.."

Regarding the 'viability' comment... he wasn't referencing the team itself, as much as the return on the investment. The TEAM gets revenue sharing from TV money... that money does not get funneled back into Virgina, or wherever the stadium is. The "viability' was talking about the return from the surrounding area. Bars, restaraunts, hotels, retail... etc. The team had THE WORST attendance in the NFL last year, and that's net ticket sales. THE WORST. The VA senator (and another one came out today in another radio interview echoing the sentiments of the other guy) basically said 'the metrics' aren't there to lead him to believe there would be that return. That there is not enough draw to support a flow of money to make it worth the state funding.

They both referenced the fact that when they voted in January to continue the conversation, it was because the new name launch hadn't happened... They both referenced the 'new' brand and how there is not a connection with the community like 'Redskins' had, causing concern in the direction of the brand. They both mentioned that they dont 'know' who is going to own the team in 10 years. They eluded to the fact that a new owner could then move the team causing the investment of a new stadium to be a bad one.

One of the senators clarified that the 'vote' back in January was to basically keep the conversation going. That if the vote had 'lost' at that point, then the whole process would be dead. The vote kept the option open, which is why the number was able to drop from $1Bil to $350Mil, and now they're saying LESS than $300Mil.

I freely understand that there's political agenda at play here, but more of 'this' only gets further under the skin of the NFL and the other owners.
Click to expand...

NFL franchises bring profit - to the franchise and all those associated with it. Yes - attendance has declined but anyone who thinks that’s a permanent state of affairs is being incredibly short-sighted. The facilities that they are proposing would be year round multi-purpose ones and the businesses that would surround them would flourish in what’s already a thriving part of the state.

Washington is too rich in NFL tradition and has been one of the most profitable franchises as recently as 5 or 6 years ago for it not to have an NFL team. NFL execs may not be willing to do anything about Snyder (yet) but they are well aware why the teams popularity is at an all time low.

Sorry, but the whole ‘viability’ argument is weak. Now - Dan Snyder’s viability? That remains to be seen.
Last edited: May 27, 2022

Appears it's not a 'no' but also isn't a clear 'yes' either.


3 state senators came out over the last 8 days or so, and said they initially voted 'yes' to keep the conversation going, but will now vote 'no' to the proposed, if it reaches the vote. Also note, the initial amount was $1bil, and it's been reported that the proposal has dropped to less than $300mil.

They obviously don’t have the votes - yet. I still think Virginia makes the most sense but I guess we’ll see. I am torn because, while a stadium other than the sterile void that is Fed Ex Field is an exciting prospect, Dan Snyder getting rejected by DC, Maryland, and Virginia might be another chink in the armor on the way to getting the NFL to move on from him.

This IMHO has become a serious dark horse option that most people dismissed from day 1. A NEW stadium at the Fedex site is a very VERY real possibility. I think The Commanders WANT VA, but the money just may not be there. Maryland has agreed to invest $400mil into the surrounding area to build up with hotes, retail, apartments, etc. There is NO good Metro (unless you knock down and rebuild on top of a bunch of apartments), and I imagine it would be a large investment to connect a track up to the stadium. I've circled the 3 Metro locations in Red, and highlighted the path of the closes Metro tracks in Yellow, for those not familar with the actual site. 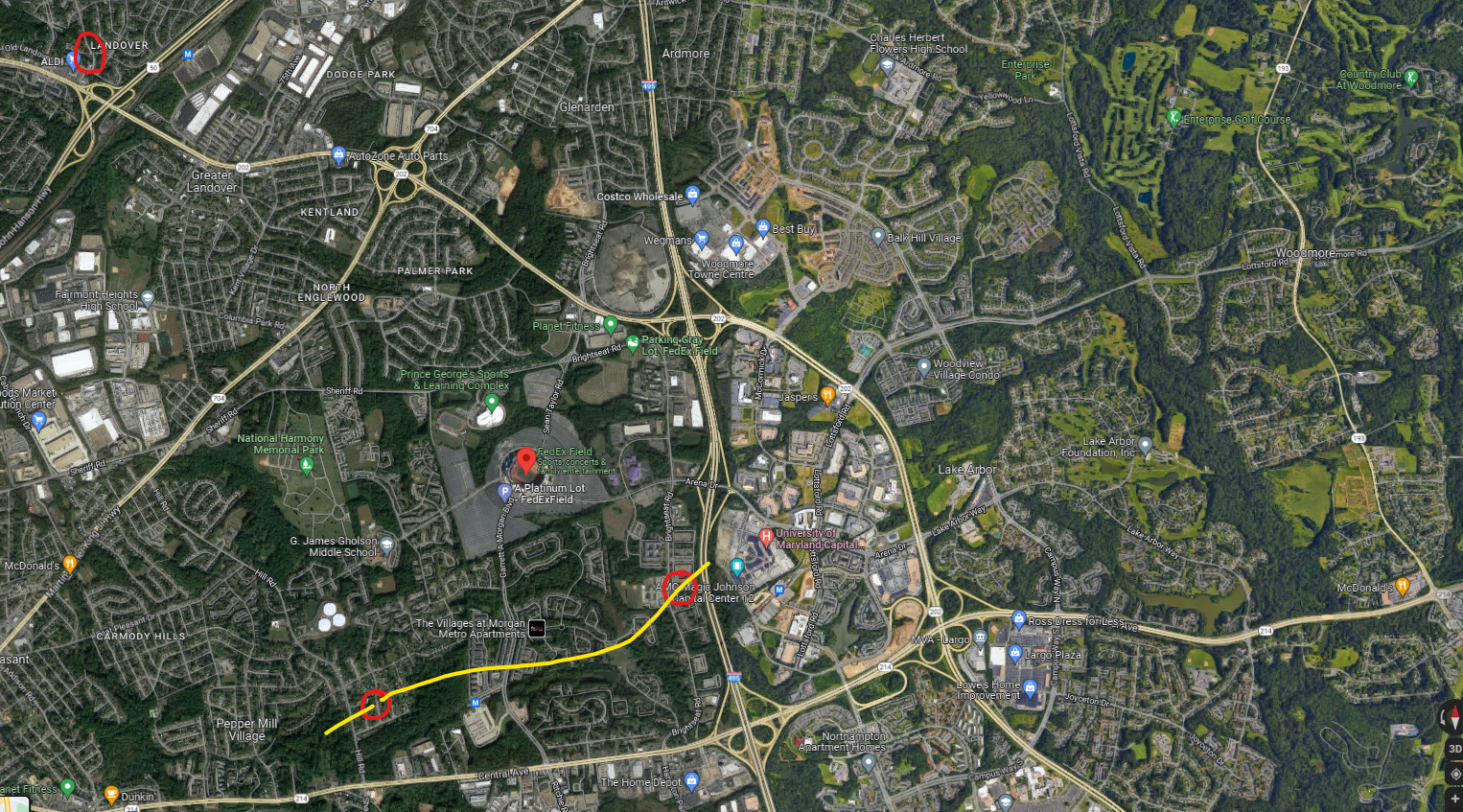 Boone said:
They obviously don’t have the votes - yet. I still think Virginia makes the most sense but I guess we’ll see. I am torn because, while a stadium other than the sterile void that is Fed Ex Field is an exciting prospect, Dan Snyder getting rejected by DC, Maryland, and Virginia might be another chink in the armor on the way to getting the NFL to move on from him.
Click to expand...


if this isn't a major indication that he's costing them money...

Senator Favola coming out and saying they don't want to work with Snyder last week should be a bigger story.. I dont know why it isnt.

Yours or state officials Om?

All of the above.

I suspect that anybody even remotely associated with or interested in this franchise, be it fan or advertiser or colleague or otherwise, is just simply done with this man.

... and that almost certainly includes those who would be tasked with actually making him go away. The sturm and drang--not to mention the lawsuits we all know would be coming--associated with removing the guy through protocol is probably enough to make most of them simply shake their heads and find another hill to die on.

I dont mean to be inundating you all with it, it's just all circling around... him.

HE is a subject any time it comes to the team, especially regarding public money.

Just for clarity ... my "Snyder fatigue" comment was in response to you saying this:

Senator Favola coming out and saying they don't want to work with Snyder last week should be a bigger story.. I dont know why it isnt.

... suggesting the reason could be that there's been so much Synder fatigue I'm not surprised anymore when something that ought to be a big story ups and disappears like a fart in the wind.

And DC speaks out...

Lol. I’m sure Snyder will jump at that deal!

FWIW the stadium in question is to be the smallest capacity in the NFL at 55,000 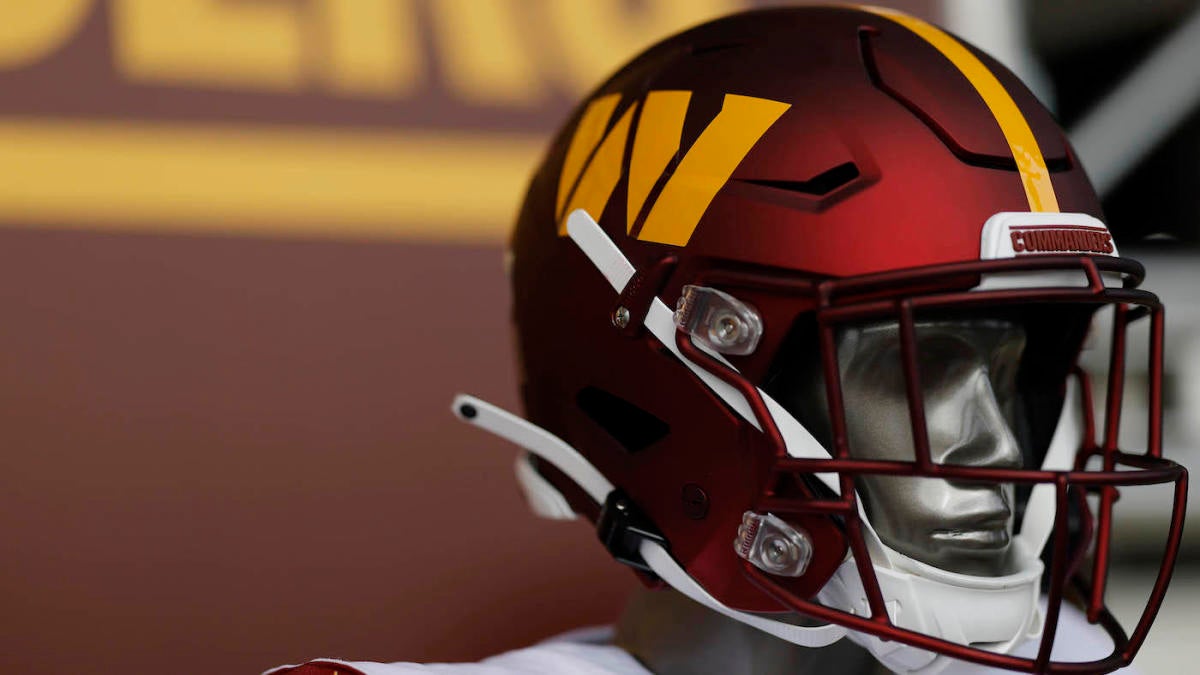 Washington Commanders' proposed stadium would be smallest in the NFL, per report

Unless requirements changed... 55k would mean no superbowl

It all comes down to winning. DC is an event town. If you have 55,000 seats and the team is elite you can charge more than a lot of other places and make as much or more revenue from the seats and side-deals.

Ultimately, I think either DC or Virginia will land the team. Why?

Because neither DC nor Virginia has a football team. Maryland is committed to making the Ravens the #1 priority and coming in a close second is casino gambling and horseracing.

That puts the Commanders down there with new tolls for the Bay Bridge.

I have lived in DC (15 plus years), Virginia (2 plus and current) and Maryland (grew up in Montgomery County).

At one time Maryland and DC dwarfed Northern Virginia in wealth and patronage of the team. When I first started to go to RFK years ago the great majority of folks I ran into with my father were from Chevy Chase, Bethesda, Potomac, Rockville, in MD or DC with a smattering from Fairfax and Arlington.

The future though is in VA. Demographics have changed and those higher paying jobs coming into the region in the past 20 years are located in VA.

Maryland is losing population to retirement and people moving out of the state to avoid the taxes. A lot of those folks are the MDs, dentists, scientists, senior level government workers and private company executives who previously paid out to supported the Redskins with blocks of seats or boxes.

Remaining in MD to me should be a very last resort.

Apparently there was a study conducted and if Virginia moves forward with the stadium it’ll generate tons of $! 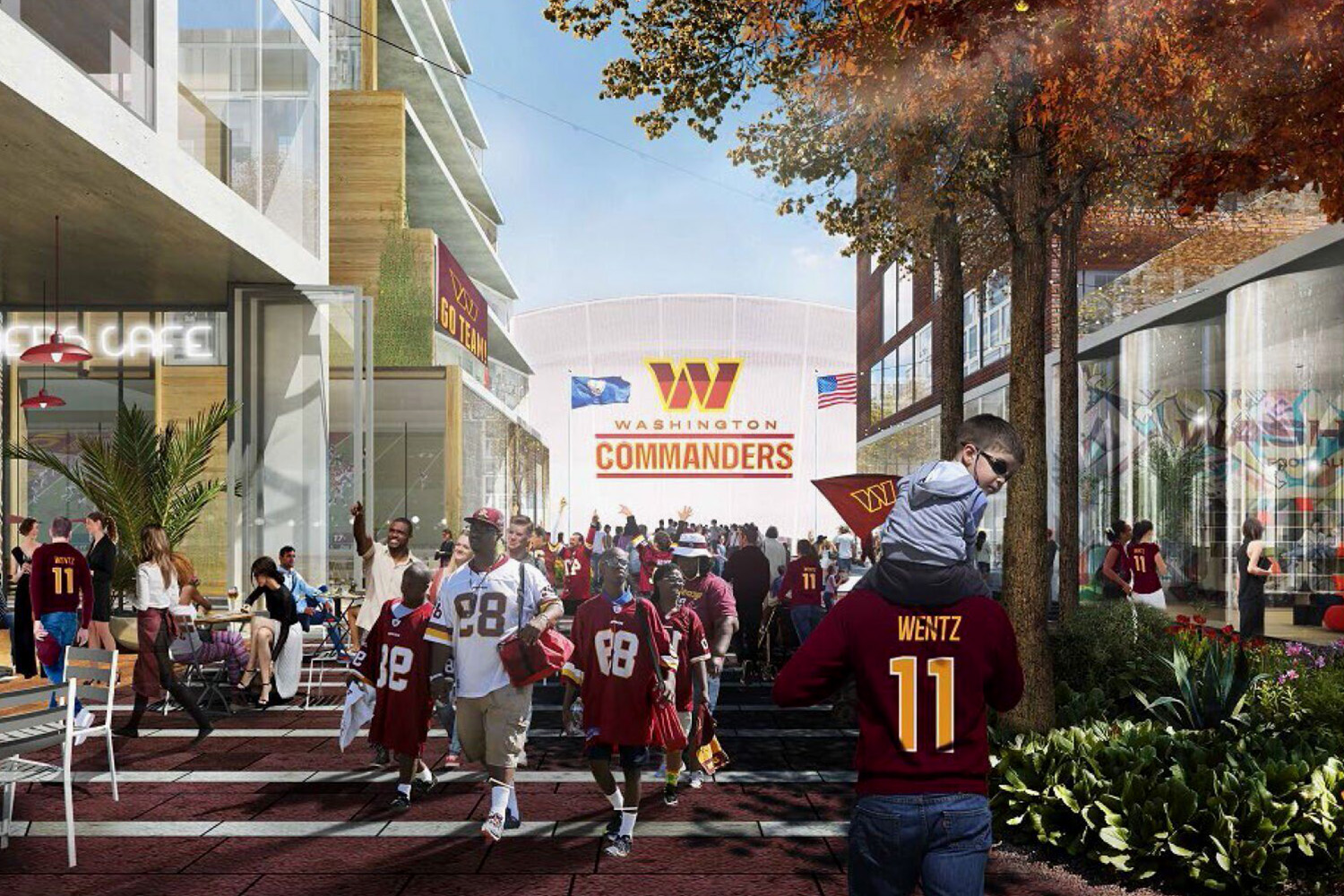 Study Shows New NFL Stadium Could Generate $24.7B for Virginia

A study commissioned by the Washington Commanders found that the team's stadium and mini-city project could bring $24.7 billion to Virginia.

The 55,000 seat thing doesn’t really add up. Snyder has been talking for years about hosting a Super Bowl. And having a venue suitable for World Cup and Olympics and that kind of thing. Coming in just a few thousand seats under the arbitrary number for the Super Bowl must have a story.

My guess is there is more to that story.

Wondering if he’s anticipating MANY civil suits that would eat into his purse. In addition to hardly any sponsors wanna do business with his wretched ass.
You must log in or register to reply here.