Jason Wright - President's Weekly Brief
We touched on this a while back but I think it's really cool. It opens (albeit a controlled) a window into the franchise like we've never had before. Jason Wright is a really good dude, as far as I can tell, and appears to want what's best for fans. He also appears to be devoted to communication and transparency. I will try my best to post his weekly brief in this thread as they are released. I will quote some key pieces, but it's a good read as a whole. https://www.washingtonfootball.com/news/presidents-weekly-brief-lets-talk-about-the-name As one of the oldest franchises in the NFL, and a great area that former players don't want to leave, we have one of the most extensive in town alumni bases in the league. And while we are trying to reestablish ourselves, we also want to deeply and powerfully integrate our alumni into all that we do as a business. We've started that strategy already by launching "The Legacy" with help from our content creation team, and we're going to...
Game Notes: Dallas at WTF 2020
WASHINGTON-COWBOYS GAME NOTES • The Washington Football Team defeated the Dallas Cowboys, 25-3, at FedExField on Sunday afternoon. • Washington held Dallas to three points, the fewest ever in franchise history. Previously the fewest points Washington had held Dallas to was five on October 2, 1978. • Washington has started 2-0 against the NFC East at home for the first time since 2015. • Washington improved its record to 2-1 against the NFC East this season. • Washington won consecutive contests at home against NFC East opponents for the first time since defeating the Eagles and Giants at home in 2015. • Washington defeated Dallas by 22 points, the largest margin of victory over Dallas in a game since 2005. • Washington won with its largest margin of victory since 2015 against the New Orleans Saints (33). • Washington had six sacks against Dallas, tied for the sixth-most in a single-game against the Cowboys and the most against Dallas since 2005. • Washington pushed their...
'WFT' for another season? WTF!!!
Jason Wright floating the plan to keep the 'WFT' moniker not just this season, but through the 2021 season. This may be a new regime with lots of fresh blood, but one thing that Julie Donaldson, Jason Wright, and others leading the 'culture change' efforts have demonstrated is a tendency towards tonedeafness when it comes to what this fanbase has gone through and what will resonate with them. I've been supportive of them on social media, mostly because I think they are solid people brought in to elevate the integrity and professionalism of the organization. But in my mind, like highlighting images of the 'Redskins' name and logo being stripped from Redskins Park and Fed Ex Field as if expecting fans to embrace these changes as 'exciting', casually throwing this out there really irritates me. You will have had more than a year to select and implement a new name. That is an enormous amount of time. I don't care about your marketing plan. Just. Pick. A. Damn. Name.
Trade Deadline Thread - Nov 3
Trade deadline is Nov 3 Who's going out, who's coming in? What strategy should we take? Buyers or sellers?
Jack Del Rio 10/15/20
October 15, 2020 Defensive Coordinator Jack Del Rio On improving leverages in the secondary: “Well, I think first of all it’s actually been pretty strong for most of the year. We’re not perfect. We have work to do, clearly. I think [Head] Coach [Ron Rivera] is just trying to answer questions you guys are asking. So, yeah, sometimes we have leverage issues. But we’ve also had some great moments of having terrific leverage. It’s not like I’m talking from a vantage point of where it’s not getting done at a high level because it is.” On inconsistency in leverages: “I think what we’re talking about here is we have high expectations. We’re 12th, I believe, I looked at it and we’re 12th in third down, getting off the field. We want to be better. We want to be top five. We need more stops to get that done. We need more stops to help us win games. That’s what we’re pushing for. To talk about specific plays or specific issues—we’re obviously coaching it and correcting it and moving on...
Ron Rivera 10/15/20
October 15, 2020 Head Coach Ron Rivera Opening statement: “Before we do anything, I just want to first of all congratulate [Director of Football Communications] Sean DeBarbieri on his situation, working full-time with the football side of it and his focus with it and [Media Services Coordinator] Charlie Mule and [Corporate & Football Communications Manager] Jessie Johnson. Those guys have been great since I’ve been here. I think this is a pretty good thing for Sean and his group of people.” On the tempo at practice today: “I thought tempo was good. One of the things we talk about is up-tempo practice. I thought it was good. I thought the guys worked hard and the focus was there. There was good energy. We’ll see. We’ll see how that translates as we get closer and closer to Sunday.” On if QB Dwayne Haskins Jr. will travel to New York: “We’ll have to wait and see. I do know he’s seeing the doctor today. So, we’ll go from there.” On keeping the team mentally sharp: “I think the...
Gameday - 2020 Week 6 - Washington @ New York Giants - TV Maps Included
@ When: Sunday, October 18th 2020 - 1:00pm EDT Where: Metlife Stadium - East Rutherford, New Jersey Watch: Fox Listen - NFL Game Pass, Westwood One, Sirius XM Local - WTEM 980 AM / WMAL 105.9 FM Weather: Sun 18 | Day New York City, NY 62° 0% Precipitation SSE 5 mph Partly cloudy skies. High 62F. Winds light and variable. NFL TV Distribution Maps - Week 6 It's Wednesday, lets talk it up! Injury Report:

Del Rio says it's 'unrealistic' for Kerrigan to play 50 snaps
If we can sign him to a reasonable 2 year deal/3rd year voidable I'm on board but I can't see...

Today at 3:20 PM
SkinsOrlando
Bostic not likely to receive suspension?
Setting aside the Bostic hit, that’s the problem with the NFL policy. You will never be able to...

Jason Wright - President's Weekly Brief
The stories about DG have been consistently bad for years... at some point probably fair to...

Join us for Today's Game Chat
not sure if its a blessing or a curse, but I won't be watching the game today. I am coaching my...

Talk about the game here - before, during, and after. Hail!
Visit thread...

Del Rio says it's 'unrealistic' for Kerrigan to play 50 snaps

Del Rio says it's 'unrealistic' for Kerrigan to play 50 snaps

Washington DC Jack Del Rio says it's unrealistic to ask Ryan Kerrigan to play 50 snaps per game, but the veteran is making the most of his opportunities.

"I think at this point in his career, to ask him to go out there and play 50 snaps is unrealistic," Del Rio said. "But he certainly is impactful in the snaps that he's given."

• The Washington Football Team defeated the Dallas Cowboys, 25-3, at FedExField on Sunday
afternoon.

Join us for Today's Game Chat

Join us on today at 1 p.m. in our BGO Fedex Field Chatroom as we root on (?) the good guys against Beelzebub, Mephistopheles, Satan, and the rest of their evil incarnate demonic friends officially known as the Dallas Cowboys.

Jason Wright floating the plan to keep the 'WFT' moniker not just this season, but through the 2021 season. This may be a new regime with lots of fresh blood, but one thing that Julie Donaldson, Jason Wright, and others leading the 'culture change' efforts have demonstrated is a tendency towards...
Visit thread... 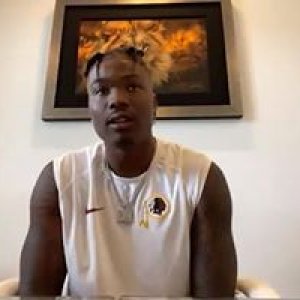 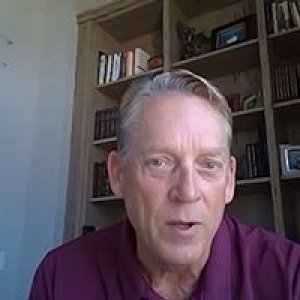 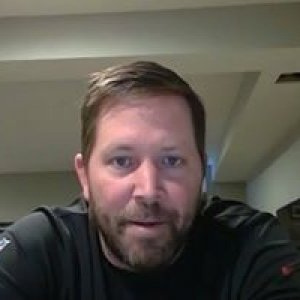 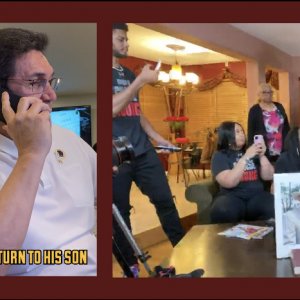 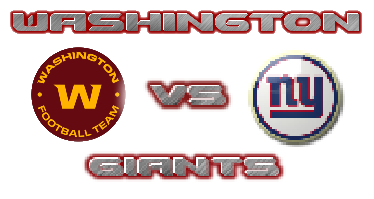 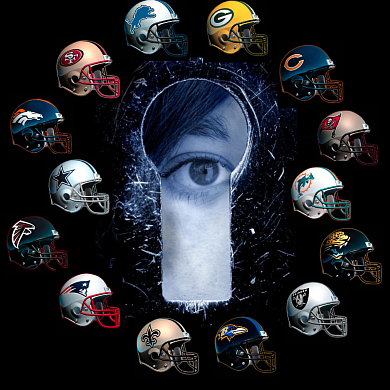