SilentThreat said:
and if they go this route... there is no way the colors remain. It would make no sense.
Click to expand...

Personally, I'd like to see them blow it all up. If the NFL were fair, they'd force the Giants to change their color scheme and let the new Washington franchise move to colors consistent with the other DC teams. I think that would make the most sense even though our site name would no longer make sense.

I think they'll stick with B&G - as it's the only real tradition they can keep that isn't tied to NA culture.

SilentThreat said:
I did not know that.

This comes out of left field and is about as 'safe' as you can get. There are going to be people who root for the team simply because of the movie, and the movie is 'loosely' based on the Redskins in the strike season. I'm neutral on this one, I don't hate it, but it doesn't get me steamed up either... I dunno. If they go this route, they better knock it out of the park and not just mimic the uniforms from the movie.
Click to expand...

I don't hate it either. Prefer 'Warriors' although I've been all over the map on the military connotations with it. I just don't want it to be something really cheesy.

Personally, I'd like to see them blow it all up. If the NFL were fair, they'd force the Giants to change their color scheme and let the new Washington franchise move to colors consistent with the other DC teams. I think that would make the most sense even though our site name would no longer make sense.

I think they'll stick with B&G - as it's the only real tradition they can keep that isn't tied to NA culture.
Click to expand...

well i'm sure there will be a ton of mocks coming out over the next day or so... some talented people putting those things together. The uniforms from the movie look WWAAAYYY too much like the Pats from the late 90s 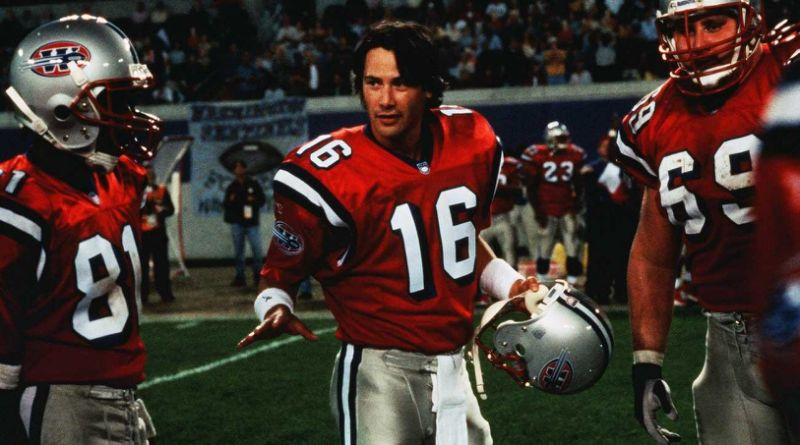 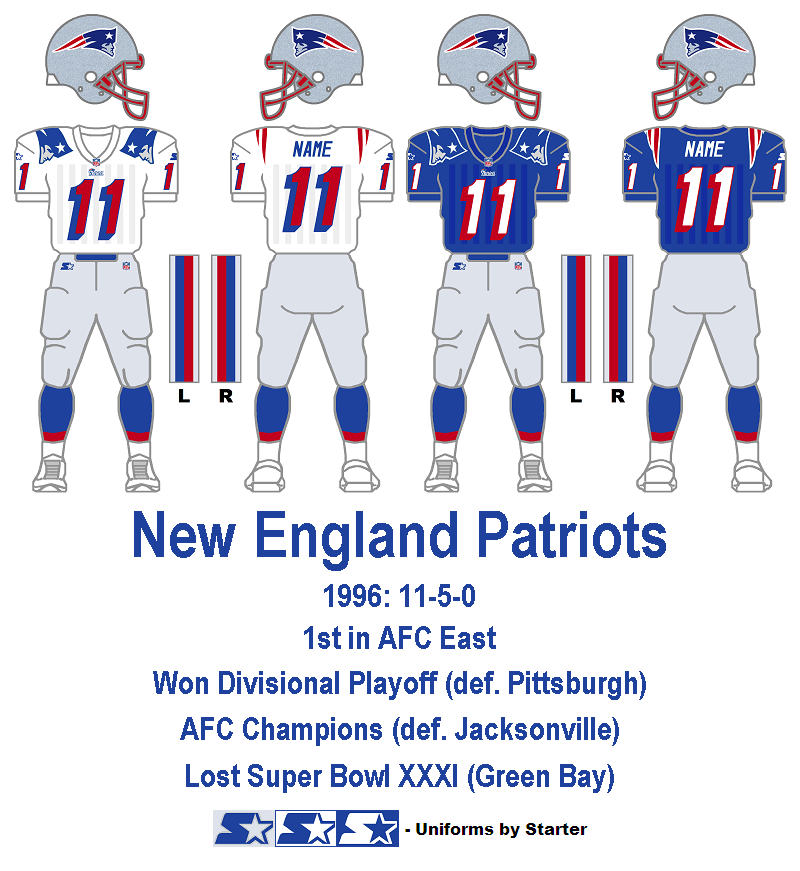 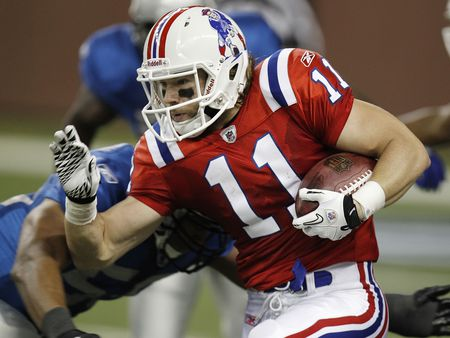 I would hope they keep the colors. The definition for Sentinel is : a soldier or guard whose job is to stand and keep watch. So the military link is there. Its neutral so there likely is never going to be an backlash. The name can be shortened for chants like SENTS SENTS SENTS similar to Nats and Caps... It could work. The guards that stand at the tomb of the unknown soldier are known as 'Sentinels' so there's a connection right there.

Keanu would definitely put in the time needed to train at QB.

It better not be the ****ing Redwolves.

I bet they announce the name in the next week but that's all we get. I think they wait to release the logo, uniform/color changes, anything like that til either next offseason, or over the course of the year

Sentinels would have been better than Red Tails anyway. I can't even image they'd go with a name that easy to parody and make fun of. Good lord.

Redwolves? Meh. I do think the gamer/younger demographic would like it, so maybe if they go there it'd be about trying to connect with a new generation. To me it just sounds gimmicky, but I'm preparing myself.

Still with Warriors as my top choice ... it has been for many years knowing this day was coming. Despite what the hand-wringers are saying, I'm pretty sure there have been warriors around for a long time, all over the world. Make the logo a broadsword or blunderbuss or trebuchet and off we go.
Last edited: Jul 22, 2020

I present your 2020 Washington Redtails...

There are zero links to Tuskegee here, so using that name would just be even more pandering.
Last edited by a moderator: Jul 23, 2020

On TEAM this morning there was a report Snyder was in negotiations with Arkansas St to waive trademark rights on Red Wolves.

It seems that may in the end be the choice.

I don’t know if I can root for a team called the ‘Redwolves’, I really don’t. I’ve already had a decade of Pokémon fever. That was enough. If I go out and shoot the remaining 10 can we end that discussion? Sorry not sorry.

How about the Washington Deficits? 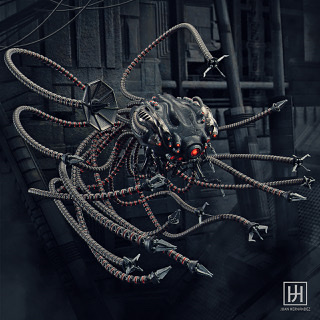 I love the WTF!

Solitary Man said:
I love the WTF!
Click to expand...

My brother’s brainstorm. I just executed.

I can respect those of you who are sticking around. I wont be. I loved the Redskins. since 1983 when I met John Riggins, this has been my team. I literally grew up watching the skins. I have no Ties to DC, don't give a shit about the bullets, only watch the capitals because they drafted one of my best friends kids.I made some good friends over the years, was one of the first members at the old board, which shall remain nameless, came here to comiserate about our shitshow of a team and enjoyed watching games and having the bgob chat on. but the losing and worse yet the constant idiocy, making stupid trades, not rebuilding properly, to me that was worse than the losing, was knowing it was gonna be a long time before anything would change. some of you are marylanders, or from DC, I am from Canada, to be honest I might not even bother watching much football anymore, last year was the third year I never bothered getting sunday ticket. Hell last year I didnt even make an effort to watch the cowpies game, thats how sapped the love of the game has become for me, I couldnt even get up to watch the pies game.

Now Snyder is using the name change to avoid conversations about the FO culture, about harassment and if they put that kind of macchiavellian effort into the damn football, we would have several superbowls by now. I always liked the niners when they werent playing the skins, but I doubt I will ever have a favourite team again. this hurt too much.

Let's not kid ourselves ... the name is changing because too many major sponsors/advertisers forced the issue. If Amazon, FedEx, Walmart, Innova, etc. had held their silence this namestorm would have blown over just like all the previous ones. Not going down the "should" road again here, just noting ... many of us have always known it was going to happen one day. This just happens to be that day.

And I just can't help myself ... some of you walking away? We'll leave the porch light on.

I started preparing myself for the name change about seven years ago. The blog I do here was just starting to catch on (thank you to everyone who makes it a small part of the family here) and the name change debate was still raging on. Then at some point during that offseason, Florio said that it wasn't going to change that year, but it would change soon enough. That is when I began to realize that it would probably happen within a decade. I was off by about three years, but it is now in the process of happening.

Not saying that I like the change, but I did prepare myself. As for the younger crowd supporting Red Wolves, it makes a lot of sense. Yes, I am on board with that name and it is for this reason. The younger crowd is the near future and they will be the fans who will buy the new gear, memorabilia, and collectibles. ANY new name is not going to be well received by the older generations and they will not spend the money for it. Maybe I will and maybe I won't - I just don't know.

The passage of time tends to change our minds and hearts on just about anything. There are bigger issues in life than a team name change. After a year or two, most of us will either move on because we can't adapt or we stick with this team and the new incarnation of Washington football. I'm likely to stay and hope you do the same.

I'll disagree with Brother Om (although I get his point that it's human nature to bluster and be angry at change, but that ultimately many will accept it). I do believe that there is a significant portion of fans who view this as 'the last straw' and the final act of abuse they will tolerate. That coupled with the recent, and not surprising sexual harassment revelations (which just reinforce the view of our franchise being an inept organization led by despicable leaders) will absolutely lead to some saying 'enough!' imho. I say that because, on a bad day, I lean heavily that way myself.

I understand BB's point as well, although I'd argue that appealing to a younger potential fanbase and picking a name that doesn't sound like a 10 year old came up with it aren't mutually exclusive Maybe we could go with DC Pikachu's?

Boone, you're right, of course---some will walk away and never return. I get that. I won't lie, this is going to leave a wound. I just believe many will walk away but keep looking back over their shoulders. In time, particularly when Washington Team Football gets good again, the gravity field will be irresistible.
You must log in or register to reply here.