I wish they'd get their story straight. Are they moving on from a Native American-themed identity, or aren't they!

I would strongly prefer they do.

'Ton' is triggering for the obese.
'Ash' is a painful reminder of the holocaust.

Let's keep going with this.

Washing is demeaning to those occupying autonomous zones.

If the Redskins come back and propose a Native based logo or name then Snyder is hopeless.

12 months of review and planning better yield something clever.

What I don’t like about some former players is that they took the money and set themselves up but only now are saying they always found the name offensive.

If someone says they changed their mind or developed another awareness then that’s something I can live with although my question would be did Mike Florio or Max Kellerman influence that it was it due to more focused thought, etc.

Schlereth has hated the Redskins since he left to go to Denver in the 1990’s. After getting hurt I guess he feels the team just threw him out the back door.

But he has been non stop on this team for 20 years as a broadcaster and media personality.

I would be cool with the Washington Whiteouts.

Just leave the logo and everything the same but splash some whiteout over the "disrespectful" depiction of an Indian.

It would be the equivalent of **** type censorship or "redacted" and point to the fact that children just can't handle seeing some things that everybody, including them, knows is actually still there just covered up for their "protection".

I'm going to contact the team in support of 'Warriors' as our new name. I have not been a fan of the NFL's quasi-sincere 'honoring' of the military in the past, but if they were to go all in on a team name that truly celebrated out active duty military and veterans, I think I could 100% embrace it. There are a number of cool things you could do and a lot of solid reasons why 'Warriors' makes the most sense.

The first reason I favor 'Warriors' is that other names, while they may have more *fervent* supporters, also tend to have equally fervent detractors. Names like Redwolves, Redtails, etc... have been advocated by many with extreme enthusiasm. But those who find alternative names silly, awkward, or just irrelevant will feel even more alienated if we go with one of these. 'Warriors' is pretty generic. There probably aren't a ton of fans rabidly screaming for the name, or spamming your social media timelines in support of it. But while many may not 'love it', I think the vast majority of fans would be 'okay with it' and embrace it over time. That's probably the best we can do in this situation. It may be the only potential name that truly disgruntled and angry fans can appreciate and support if we are never again to be the Redskins.

I would love to see them adopt this name, perhaps have a different military patch for each and every game. Pre-game or half-time could include a little history of that unit's accomplishments, fly in some active duty and veterans of that unit to recognize. You could give active duty and veterans a big price discount on tickets and gear. Hell, even an alternative camo uniform would be so cool.

The name is also controversy-proof. Sure, there may be pacifists out there who decry any celebration of the military, but anyone with a brain knows that we will always need brave men and women ready to defend America. There's zero chance any major controversy arises, especially when the NFL already quasi-worships the military as part of its existing culture.

Finally, the name 'Warriors' with a military theme would be RELEVANT to the DMV with our Pentagon, Navy Yard, Quantico, and countless other military installations dominating the region.

'Warriors' fits. And it should be the new name.

That could open up some interesting stadium title sponsors-

Some talking head on the radio brought up a good point. They should find a name not currently in pro sports. The Warriors are currently associated with the NBA team. 10 years ago, you could have taken Warriors and maybe made it your own name. But now it’s associated with Golden State. We don’t want the Redskins to be like the Arizona Cardinals. If someone says which sport do the Cardinals play, 90% of people outside Arizona would say baseball. The Redskins already have a marketing problem that has nothing to do with the name. I agree with whoever this guy was that they should come up with something not currently used in pro sports. That doesn’t mean they should pick a name that sucks either. Just come up with something you can make your own and not share with someone else.

If they pick warriors let’s not adopt the spear or lance with feathers to extend this Native American craziness any further.

I wouldn't hate the Warriors. I don't care if Golden State is already the Warriors. The Washington FC can't operate on the assumption that it will suck forever and therefore be continually stuck under another team's shadow. Frankly, if the FC never gets any good it won't really matter anyway.

I think it would be easier for me to accept the name change if it wasn't for all the other political stuff. I I am having a hard time with the kneeling and playing two national anthems. Politics have no place in sports.

The Golden St. Warriors have moved to solidify their claim to that name and it would be a prolonged and nasty battle for the football team to use it. Warriors is unlikely. Renegades is gaining some steam. That would be a good name.

Burgundy Burner said:
The Golden St. Warriors have moved to solidify their claim to that name and it would be a prolonged and nasty battle for the football team to use it. Warriors is unlikely. Renegades is gaining some steam. That would be a good name.
Click to expand...

There is already legal precedent for pro sports teams in different sports having the same name. There is nothing 'proprietary' about 'Warriors'. I doubt there's a single thing Golden State could do legally to stop Dan Snyder from using the name, and I'm skeptical Golden State would care enough to try and make an issue of it. As for it being undesirable because it's already being used - I don't believe that's a significant concern either since it's in an entirely different sport, but some may feel that way.

There will be no name everyone loves or finds 'perfect'. My hope is that they choose a name the vast majority can live with, not one that elicits a lot of intense division.

I'd prefer they just leave it as Washington Football Team - nickname, we don't need no stinkin nickname

SkinsOrlando said:
I'd prefer they just leave it as Washington Football Team - nickname, we don't need no stinkin nickname
Click to expand... 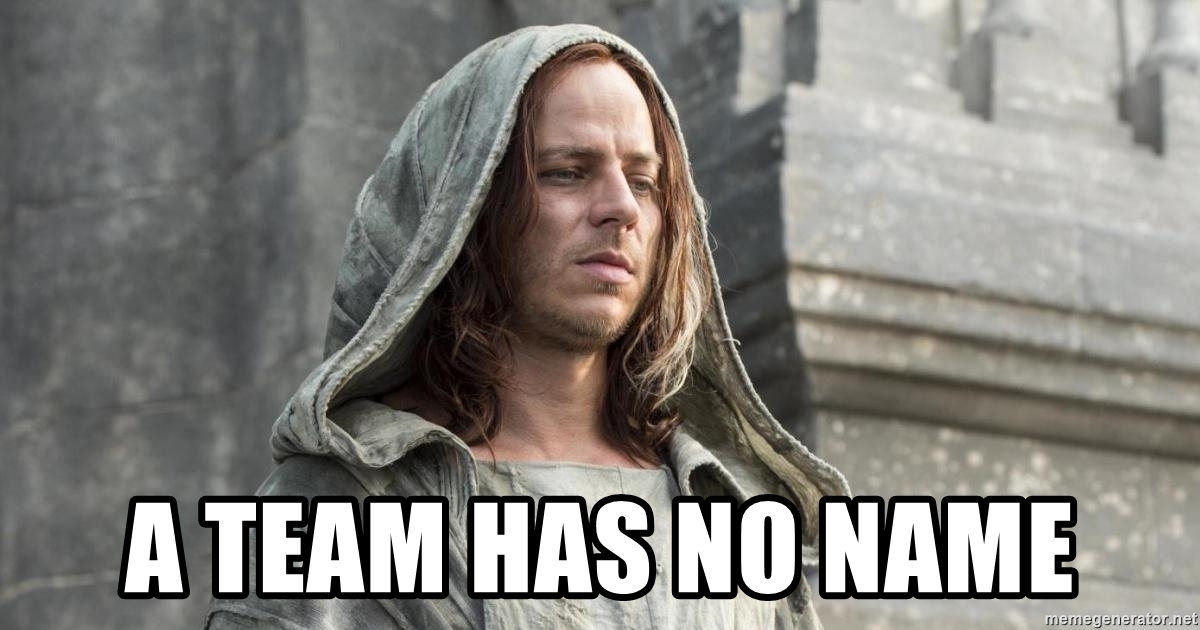 Who Read This Thread (Total Members: 34)