Curtis Samuel is healthy now. He’s on pace for 90-100 catches for 800+ yds and is the 3rd leading rusher currently. He was hurt last year. It happens … but after Antonio Gibson he’s been our most consistent weapon. He doesn’t belong on your list.

Samuel is being paid as if he is a strong #2 WR or borderline #1 in this league.

The truth is he is on the other side of Terry McLaurin and without that protection in the lineup is not a guy that is consistently going to help carry an offense in case #17 is out with an injury. He is a situational player who can make plays with YAC in the open field. But he is not a consistent chain-mover.

Dotson on the other hand looks to be a player whose skill set given continued development can rise to that level we need going forward as a strong #2.

When Dotson is on the field Samuel is the third option.

Under the cap it's a luxury to be paying a guy in that role given what we were already paying Wentz and Jackson III for 2022.

I always look for value, ie getting more for less relatively speaking.

If you are getting #25 ranked play at quarterback from a guy making $28M, a top 10 salary, then that's obviously an egregious imbalance in a value calculation.

Samuel is not in that category. But I look around the NFL at #3 receivers and borderline #2's and Curtis is making REALLY good coin vs. his contemporaries.

Again, if he is able to transition into being a STAPLE of the offense, a guy the team LOOKS to convert key third downs and keep drives alive, as opposed to being a change of pace and 'energy' player dependent upon the defense's attention to #17 then he may very well be worth the money.

At the time they signed Samuel he was immediately our #2 WR. Dotson looks promising but it’s Samuel who hs been the more dynamic and productive WR this year. I really don’t know what you are watching. You put him in a list of failed decisions and he doesn’t belong on it

Switching the conversation to salary doesn’t address that.

When I look for value it goes beyond producing 'X' through 8 games.

A player can produce 'X' amount of TD passes or catches or yardage (OVER 17 games) and STILL not be a great 'value' addition because his salary is at or exceeds fair value when looking around the league for similar players who fulfill a similar role.

So, again Samuel is not a bust. But he cost a lot relatively speaking to acquire, so the expectations for his production SHOULD be relatively high. We will see what he does over a full sample size of 17 games and if/when he is asked to become a focal point of the offense in case Terry misses a game or two.

Yeah I'm having a hard time with the notion Samuels was a failed FA acquisition, which is where I believe Bulldog started. When he's played he's been money and a consistent catalyst for an offense getting by without a legit downfield passing attack and below-average OL.

Outside of the red zone Samuels so far this season has been more productive than Dotson. I place him third in productiveness behind only McClaurin and Gibson.

Bulldog said:
Again, if he is able to transition into being a STAPLE of the offense, a guy the team LOOKS to convert key third downs and keep drives alive,
Click to expand...

I'm pretty sure this is exactly how they're using him.

There is a plethora of things to be critical of with this team. Curtis Samuels is just not one of them.

Phil Mathis is off crutches

So, we will see him back bright and early for the Washington 'X' team in the spring for offseason work.

Hopefully, it will be a new team with a new name and logo.

Not to get TOO far out over our skis here, but ... assuming a new ownership group DID want to explore changing the name again, I'd bet real money it would take at least a full year, maybe two. If for no other reason than doing it right--like actually trying to make something semi-popular like Warriors or Wolves or Washington F.C. work--will require some actual leg- and legal-work.

Has there ever been a previous case where a major sports franchise name has been allowed to change their name outside of social reasons like the Bullets, Guardians, Redskins?

Even the Lakers name remained in place despite the lack of lakes in Los Angeles.

Not with a historic franchise name, but almost no one is wed to ‘Commanders’. A savvy owner would immediately be able to determine it’s wildly unpopular and also carries a lot of negative connotations. I suspect we start fresh, at least I hope so.
Last edited: Nov 3, 2022

Chris said:
Has there ever been a previous case where a major sports franchise name has been allowed to change their name outside of social reasons like the Bullets, Guardians, Redskins?

Even the Lakers name remained in place despite the lack of lakes in Los Angeles.
Click to expand...

It's a fair question. I guess the real issue is with the "allowed" part ... as in, are the other owners, who would have to approve it, invested in any way in keeping the Commanders "brand." My gut says no--not just because it's so new it hasn't even really begun to enter the NFL lexicon, but because it's so damn meh. I can see where keeping the old name--i.e., Lakers, Cardinals, Jazz, etc.--made sense since you were actively keeping/investing in the brand. In our case you're just buying a franchise with a stupid name that got slapped on it 15 minutes ago.

Yeah. Keeping Commanders would be like being forced to keep a tattoo of an ex on your forehead.

Trust me, the NFL is so anxious to get rid of Snyder and the smell emanating from Ashburn that a full housecleaning from the name on down not only will be on the table but will be advanced fairly quickly. It may take a year to effectuate but it's going to happen.

The other factor here is a new owner MAY INSIST on a name change to offer the best price possible and as we have seen before the NFL is all about the money.

In terms of recent name changes in the sports that weren't related to Redskins/Indians type changes:

I think the name change can and will be made.

Chris said:
Yeah. Keeping Commanders would be like being forced to keep a tattoo of an ex on your forehead.
Click to expand... 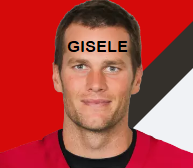 Who Read This Thread (Total Members: 10)