Williams and Davis thought they were smoking 'Undetectable Weed'

No, this isn't a news article. It's some dot connecting. This comes from The Drive on ESPN 980 (Cooley, Czabe, and Galdi.) Bear with me here...

Back in August, when the show started, Cooley discussed the drug policies of the NFL. He referred to it as an "Intelligence Test" because the players know when the tests are coming (among other things.) While discussing how stupid you have to be to fail a drug test, Cooley said (paraphrasing, it was months ago):
I've heard of guys that failed because they thought they were smoking weed that was genetically modified to be undetectable.

It got some laughs from the hosts, myself, and I assume other listeners as well.

Fast forward to today - Again the drug policies come up in a discussion about player problems and penalties (specifically the Incognito case.) While again referring to it as an Intelligence test, Czabe let this slip:
"And our two guys thought they were smoking genetically modified, undetectable weed"

Galdi quickly moved the conversation to something else, there was no comment on what Czabe said (they were all over the place at this point.)

So I've connected the dots.

Cooley told Galdi and Czabe about the Williams and Davis suspensions. He made those comments back in August knowing he was never going to reveal to the listeners that it was Davis and Williams that made that comment. He wasn't counting on Czabe to let that sentence slip accidentally months later.

So there you have it. Davis and Williams actually are dumber than a box of rocks. 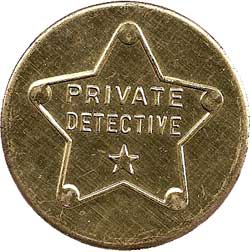 I've known several people with 10-18 years in the military that got busted on a wizz quiz with a wife and several kids at home.

What a shock that Czabe is the d-bag that can't keep a secret. Cooley gives him some inside information and Czabe just blabs it on the air. Galdi clearly knew to keep a secret. Czabe probably wants everyone to know he knows.

As far as Williams and Davis, I didn't realize they were that dumb. I guess that comes with being able to get away with it for so long, you finally think you won't get caught. That's probably the reason guys get busted for PEDs as well. They just think they won't get caught and then they do.

SkinsFTW said:
I've known several people with 10-18 years in the military that got busted on a wizz quiz with a wife and several kids at home.

And they almost always said I did not think I would get caught
You must log in or register to reply here.