Pick your poison - what do you want the new name to be?

The band needs to come back

To each his own - I don’t begrudge anyone their opinion on the name options. I’m just pushing back on ‘no one will like the new name no matter what it is’ because I think that depends almost entirely on what it is

There were over 30 choices made in our little poll. Not one vote for ‘Commanders’. Small sample size but still…

Me as the name change is announced

Boone said:
To each his own - I don’t begrudge anyone their opinion on the name options. I’m just pushing back on ‘no one will like the new name no matter what it is’ because I think that depends almost entirely on what it is

There were over 30 choices made in our little poll. Not one vote for ‘Commanders’. Small sample size but still…
Click to expand...

I used "no one will like it" in the same way I would "the whole world is against me" or something. Not in a literal sense. It was also carrying over from what we were talking about on the pod ... the idea that anything other than Redskins was going to be a comedown, particularly to guys in our ... um ... demographic. I suppose there will be some weird people or kids out there who think whatever we come up with will be awesome and an improvement, but what do they know. They're weird or kids.

Anyway, 16 days to go, then we can begin the debate all over again.

I’m curious… are there names that would be so bad in your estimation that they would cause you to walk away and cease following this team?

I think it’s possible for me.

I know there are some who will argue that the name doesn’t matter, that this franchise IS the DC/MD/VA traditional NFL team no matter what the name. The name changed a couple years ago and ‘Redskins’ is history. That we root for the team and these players and even the coaches, not just a name…

Even acknowledging all those points make sense, I’m not sure I can embrace the ‘Admirals’ or some other stupid moniker a couple of suits and a head coach with zero ties to our history or traditions probably chose.

I’m not sure why certain names bring out this kind of negativity in me vs. others. It’s not that I can’t adjust to a different name - but one that doesn’t make sense to me or has no meaning of any kind - that feels different.

I don’t pretend to be a typical fan. Maybe I’ve just delayed reacting to the idea of the name changing and that’s why I’ve been so irritated with this ridiculously prolonged process.

I feel like there are names I could adapt to and eventually embrace. But if it’s some random or flat out stupid name, I’m not sure I can muster up acceptance.

For me, most of the pain came when they dropped Redskins. First off, I don’t believe they did it for the right reasons. Secondly, putting WFT established 1932 on everything is just ridiculous since it was established in 2020. Thirdly, hearing announcers talk about the glory days of the Washington football team is a joke, because they were the Redskins at that time. So the fact they dropped the name is what gets me and bugs me and still to this day makes me mad in a small way.

Whatever the new name is, it won’t be Redskins. I give it a 5% chance it’s something I will like. So I’m already preparing for it to be some dumb name. The only way I would consider abandoning the team is if they pick some ridiculously pandering name. It will confirm everything I’ve believed about the changing of the name and the reasons for it. That would be a really difficult pill to swallow. If the name is something innocuous or just something I don’t like, I’ll probably not be happy, but I’ll get over it.

It would have to be something really dramatic for me to jump now.

Redwolves would irk the crap out of me, but not enough to stop watching.

But, I have yet to buy anything new anyways so I'm not sure it would matter.

Admirals to me would just be stoopid. It wouldn’t make me quit following the team. It also wouldn’t deter me from relentlessly mocking it. 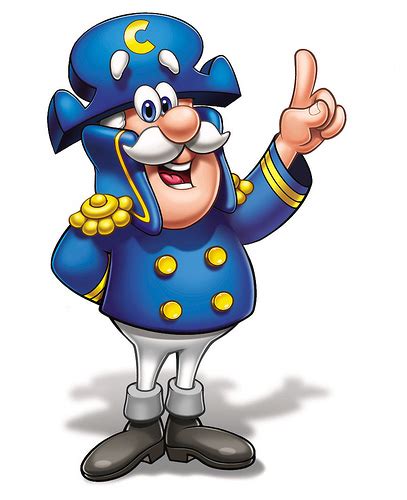 Wait, I thought of one.

I'd be out and become a Browns fan

I do. I keep hanging around clinging to the 1.5% chance that they will get it right.

Admirals and...Commanders?? I don't see how in the hell that ties into any tradition here whatsoever.

Nothing will ever beat Redskins for me and as much as I know it's not coming back, I'll always feel that way.

Redwolves/Wolves, that would probably grow on me. Native Americans had a strong belief in the wolf so I could probably angle and shoehorn that into tying into the Redskins somehow some way. It's also unique to the NFL too.

But Commanders? Admirals? That just smacks of Ron wanting something military related and hammering it into a square hole.

Nothing says we're confident in the new name like one of the main decision makers skipping town the day it's announced.

Ron not being at the Senior Bowl is not the end of the world to me. This is the first full cycle with no transition having his guys like Mayhew around. So, I think it is a natural delegation thing now. And looks like he wants to visit his father. Which I'm sure has been hard w/ the season, covid, and recovering from cancer.

As far as the name goes. Being a fan is highly personal. So, whether someone chooses to jump ship or stay = no issues here. Do what you prefer. For ME, I somehow stayed on and followed them closely even as we have the crappy Great Value Brand of team names "Football Team." So, I'll probably still stay around.

I agree on the Senior Bowl thing. Guys - isn’t it ‘normal’ for a true GM to be the one assessing talent and managing scouting, not the Head Coach? I know that Rivera has an expanded role and supposedly is the ‘final decision-maker’ on personnel, but the whole point of bringing in Mayhew and Gurney was to shift some of those duties to qualified people.

Seems to me that’s a good thing, and maybe more representative of what happens in a normal NFL Front Office. Of course, if the owner is going to intimately insert himself in those decisions it doesn’t really matter who went to the Senior Bowl or combine, right?

Having anticipated for the past couple decades that the name would change one day, I'd long since decided the only name I could think of that wouldn't disappoint TOO much was Warriors. Once they decided that wasn't acceptable either, to me it simply has come down to whether or not the new name will at least not make me physically queasy or embarrassed.

As I've recounted before, when the Bullets opted for Wizards, and then came out with that original cartoon wizard, I was embarrassed, and figured I was done with them. It was probably five years or so before I found myself pretty much just ignoring the name and following the team's travails. Today, after all these years, to me it's just another name. I certainly don't love it, or even really like it, but at least I don't waste perfectly good bile on it any more. It just is.

I suspect the same will happen with whatever name they come up for the Skins. There are some I'm pretty much meh on ... the predictable and non-exciting generics like Washington FC, or even keeping WFT, Commanders, Admirals, etc. I won't love any of those, but over time and once they get the uniform/logo/helmet look right, I'll likely settle into acceptance like I now have for the Wiz.

And of course it needs to be said ... if the Washington Commanders [or other meh name] come out next couple years and end up making noise in the playoffs, I guarantee the new brand will look/sound/feel a whole lot better than it does today.

Boone asked if there were any of the names floating around that I actually hate ... well ... yeah. I know it's kinda popular here, but to me anything with Hogs in it---Warthogs, DC Hogs, whatever--I pretty much find embarrassing and dumb. But to each his own. And I suppose in twenty years even Warthogs wouldn't seem so deeply wrong to me.

The one thing I will criticize Wright for was immediately caving to the Native American advocate groups. Having forced us to give up ‘Redskins’, that should’ve been the end of their influence forever. If we want to be the Warriors, the Wolves, or any other name that some individual could claim was some how native-related, the last folks who should have any say on the decision on a new name should’ve been the folks who forced us to change it in the first place.

Wright immediately caved and took that off the table despite it seeming to be a fan favorite. I suspect ‘wolves’ was taken off the table for the same reason.

That told you right out of the gate how important fan opinion was going to be in any of this.

I hear all of your points Brother Om and that all makes sense. Still not sure I’m all that interested in being a ‘Commanders’ or ‘Admirals’ fan. It’ll be more how they got to that kind of a stupid name despite zero fan support that leaves me fed up, not that I couldn’t adjust to it.

If they shock and find some great name, I’ll give due credit, but nothing I’ve seen so far leads me to believe that’s very likely.

Yeah, I get that some are upset with the process as much or more as they are the prospective names themselves. For whatever reason that part kinda rolls off me.

It's the name I'm gonna have to live with (or not) for the rest of my life ... that's the only aspect about all this I really care about at this point.

As far as if a name will bother me, I'll have to paraphrase a Supreme Court justice on how they would determine pornography. I'll know it when I see it.
You must log in or register to reply here.

Who Read This Thread (Total Members: 29)