My attempt at a dental preservation diet

After experiencing inflamed gums and a cavity filling on 9/28, I doubled down on figuring out foods that would be both healthy and not harmful to teeth.

So far, I have began consuming the following.
Sardines
Various red meats(i.e uncured bacon, pork chops, ground beef. Steaks are too expensive for me), both fried and I intend to make soups.
Green vegetables like lettuce and celery(not enough though).
Certain fruits high in micronutrients, though limited intake due to acidity and sucrose.

And I try to eliminate fully(with allowance for maybe 3 meals in a full year:
Any and all starches in any form.

Am I safe in assuming that you avoid ultra-processed ‘foods’ and added sugar?

Chris said:
Am I safe in assuming that you avoid ultra-processed ‘foods’ and added sugar?
Click to expand...

Yes, those foods are top of the list on avoidance. Hard to prevent cravings without some intake of carbs, as I discovered after 3-4 months after April-March; I often lost control and downed 4 éclairs, sometimes a cake, which are foods I never really ate most of the time. So, I made changes after my 9/28 dental cleaning, where had tartar removed, and made an allowance for certain fruits to prevent such cravings/binging. I narrowed down the fruits to one of the blackberry, raspberry, or strawberry. I might prefer the strawberry, since it is solid, can be minced, and swallowed without chewing if minced.

I never was super fond of ultra processed and added sugar. Never liked cake, never like Mac&Cheese, soda maybe once a 1 year. I did, however, have fondness for "Gatorade level" drinks. Muscle Milk, etc. Some pastries can be decadently delicious and addicting, some donuts, some things with fruity fillings.

I also have a tomato+spice fetish. So even if the food is a measly cheap Spaghettio can, my mind still enjoys the flavor.

I also add some cheddar cheese under the basis of some studies stating that it triggers saliva production and thus makes the mouth basic.

The sardines might be an excellent food. I have a sharper mind these past few days than I have had for years, and I'm severely sleep deprived as of this moment. They are wild caught, and with extra virgin olive oil. I've eaten Wild Planet and King Oscar sardines.

My drink consumption is extremely Spartan, with just water. haha.


So yeah, eating for teeth winds up with a low carb diet of sorts, although the foods I selected can be specific. Tuna, I will avoid as there is likely mercury bioaccumulation.

Incidentally, such a battery of food intake winds up being useful for weight control, although I have no need, as I'm 6ft, 120 lbs.

Oftentimes, I have eaten some berries, one can of sardines, 4oz cheese to start the day. Then I eat some red meat, sometimes three strips of bacon, sometimes a pork chop, or a half pound of ground beef.

Have you tried melon for cravings or does that not fit? I eat a lot of watermelon and some cantaloupe to replace the more traditional sweets.

Chris said:
Have you tried melon for cravings or does that not fit? I eat a lot of watermelon and some cantaloupe to replace the more traditional sweets.
Click to expand...

I did eat some watermelon and cantaloupe then, but they were ineffective. Furthermore, there is a limit for melons with me, as the sorbitol triggers diarrhea. I picked berries because they had the most micros for the cost of exposing teeth to various sugars, and there's a load of vitamin C for immune system maintenance.

I also wasn't eating sardines in the summer. Given that I also had COVID in February, I think I should have started on sardines back then, because I was mentally in the mud during the summer. Possibly the DHA.

I want to up the veggie intake, but I'd probably prefer them with a meat soup.

My belief regarding fats these days is that saturated and monounsaturated fats should be consumed around 1-to-1 ratio by mass, with a sprinkling of polyunsaturateds. Cell membranes are like swords. You want them to be strong yet flexible. Swords are quenched and then tempered. Saturated fats are the most stable of fats, but too much leads to membrane rigidity. Monounsaturateds are more volatile, but flexible. Polyunsaturated are the most unstable and reactive; they don't last very long. Rancid vegetable oil goo is the result of oxidation and polymerization.

Today, I broke the streak and a bunch of macaroni and pasta sauce out of the sole pretense of getting rid of food that was sitting around before. I at least took the waterpik immediately after eating and didn't chew too much.

My digestion has slowed quite a bit. Poops come around every 3-4 days, suggesting the body is taking its time in taking in all the amino acids and working on the fiber.

I checked out a book from the library. "The Dental Diet", Steven Lin.

Better later than never, the most salient point I got from the book was about the importance of K2 in bone health. It also matters in artery health as well. Generally found in certain cheese, and grass fed butter. Supplements exist as well. 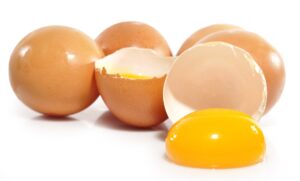 The real "French paradox" might be that the decadent dairy derived products they ate were from well-raised cows that then provided vitamin K2 to protect from atherosclerosis.

I use Kerrygold butter exclusively. Made from the milk of grass-fed cows in Ireland.

Chris said:
I use Kerrygold butter exclusively. Made from the milk of grass-fed cows in Ireland.
Click to expand...

Interestingly, it's rather ordinary for folks in the UK and its home country.

Safeway was clearance'ing Sauder's pasture-raised egg, so I bought a box at 3.94. I usually don't eat eggs but these definitely had an appealing taste in the yolk. The yolks actually have flavor and even reminded me a tad of crab yolks. So good, I ate 5 of them plain(boiled).

Nothing to figure out, CP. It’s just butter.

Chris said:
Nothing to figure out, CP. It’s just butter.
Click to expand...

I never was an avid consumer of butter. Waffles, toast. I'm not that literate on non-starch methods. Looks like the Italians made rich sauces with cheese and butter for their pasta...

--------------------
Ate some Sauder's pasture-raised eggs. The taste of the yolk was definitely different from the usual, soy fed chicken eggs. It actually gave me a very distant reminder of crab eggs in the flavor. Whatever natural grubs those chickens ate certainly made to their eggs. I ate a "normal" egg today and yolk was much "sweeter" with no semblance of crab eggs. Being on clearance, there were about 10-15 containers of Sauder's on the shelf but when I went back late at night, they were all gone.

I ate 9 Sauder's yesterday while I don't have an appetite at all for farm eggs.
You must log in or register to reply here.

Who Read This Thread (Total Members: 4)