I bet you thought it could never get worse than the 59-28 loss against the Philadelphia Eagles during the "Monday Night Massacre," right? Unfortunately, last night's 56-14 drubbing against the Dallas Cowboys came pretty close to that performance. Call it the "Sunday Night Slaughtering." Call it the "Boxing Day Beating." Whatever it becomes known as, it will always be an embarrassing moment in this franchise's history. Undoubtedly, our Week 16 performance against Dallas was so far the lowest point of the Ron Rivera era and has now left a next to zero chance of this team qualifying for the postseason. Interestingly enough, in Rivera's first two years in Washington, the team has had identical 6-9 records after 15 games. Those calling for his head today suggest to me that expectations for this franchise coming into 2021 were probably a bit too unrealistic. Last night served as a stark reminder that until we can infuse this team with true difference making talent at multiple positions, we are going to remain one of those mediocre teams that can't consistently get it right. Let's get right to our studs, duds, and hat tips for Week 16.

1. WFT Fans: under Dan Snyder's ownership, the Washington Redskins/WFT have/has accumulated a record of 155-211-1. With last night's embarrassing defeat, we will have secured our 5th straight losing season, and now 7th in the last 10 years. With Snyder as owner, we have had 9 double-digit loss seasons - 2021 offers the potential for a 10th under his watch. We likely don't need to be reminded that we have not witnessed a playoff win since 2005 either. There is very little reason why we should remain faithful to this franchise, but here we are talking about the team with great emotion and passion about what needs to be done to fix the franchise, etc., whether it be here on BGO or on other social media outlets. It was obvious that last night's game was essentially over before the end of the first quarter, but there were likely many of us that just kept watching the train wreck happen until the very end of the 4th quarter. Why do we put ourselves through such torture? Do we not know any better? Is it just habit? Year after year, we invest so much time into loving and cheering on this team, and rarely are we ever rewarded with true success. I say it often - the WFT doesn't deserve those of us that continue to stick around. Kudos to every one of you who continues to hope for better days.

The duds section is going to be pretty simple for yesterday's game in Dallas. When you get throttled by 42 points, there is no one or two individual "dud" performances that broke the game for us. Instead, it was a collective effort. That said, this week's dud is:

1. The Entire WFT Organization (Top To Bottom): any one of us who was realistic about our chances yesterday in Dallas knew that it would take nothing short of a minor miracle to get the win. Injuries have destroyed the team, COVID has swept the team off its feet, and all that stuff matters. We hung tough with the Eagles a week ago until the last 4 minutes or so of the 4th quarter. We applauded the team for their ability to stay together and keep battling last Tuesday. Underneath it all, we wondered how long we would be able to hold things together in the face of extreme adversity. With only 4 days of rest, it kind of felt like we were a boiling pot bound to boil over at any moment and the Dallas Cowboys were unfortunately the right team at the right time to make it all fall apart for us and embarrass us on national television. Reading through social media today, there are several people upset with the lack of urgency/emotion displayed by Rivera last night as the team took a beating. I personally feel like everybody in the organization (coaches and players) kind of felt like this type of result might eventually happen and things might catch up to us (whether they want to publicly admit it or not). It certainly did - we were out of control and heading for a cliff early on in that game and sometimes when it happens, it just happens. Flipping tables and throwing chairs at half time isn't going to change it and might in the end do more damage than it does good in the long run.

All that being said, I will say this - coaches have to put players in a position to succeed and players have to execute. There was absolutely none of that happening last night. Dallas exposed our defense mightily, we had zero rhythm and execution on offense, and our special teams made themselves noticed in all the wrong ways. In fact, the Cowboys, had touchdown scores on offense, defense, and special teams. That is a downright embarrassment for our team.

All in all, the Cowboys game reminded us just how far we still have to go, and how crucial it is to add difference makers in all facets of the game if we ever want to be taken seriously and hang with the big boys. Rivera's team of organizational leaders has failed to do this to this point and has had some misses. 56-14 might just be the type of result that makes us take a real hard look in the mirror in the offseason. Could it be the onset of a very aggressive approach come March/April?

2. Dan Snyder: why are we seemingly on the wrong end of these kinds of games more often than not? It starts at the very top, right?

1. Dyami Brown: yes, a Dyami Brown sighting happened last night! It has become increasingly obvious just how crucial it will be in the coming seasons to provide some REAL help for Terry McLaurin in 2022. The guy has been held now to less than 65 receiving yards 11 times on the year. He has had 4 or fewer catches in a game 10 times this year. It's getting a tad too easy for teams to completely eliminate him from the game and his fantastic ability is getting wasted in our offense. We saw a glimpse of what the staff was hoping Brown could provide last night vs. the Cowboys with his 48 yard catch. It is crucial that he builds off of this in the final two games, and more importantly, heading into next season.

2. John Bates: as a collective, the WFT draft class from 2021 has had a really slow start to their NFL careers. However, John Bates has turned it on a bit of late and has amassed over 40 yards receiving in 2 of his last 4 NFL games. He earned his first NFL touchdown catch last night as well (although it was likely a pity call by the referees). Regardless, he offers hope of giving the team a legitimate secondary pass catching option from the TE position behind Logan Thomas in 2022. At this point, it looks like he can provide something down the road and may have been a pretty good value pick in the 4th round. As with anything else pertaining to this franchise though, time will most certainly tell.

That's it for this forgettable week. Do you agree? Disagree? Who did we miss?

Here is hoping we at least ruin the Eagles' season in our final "home" game of the year.

Studs: This thread was was created and dutifully continued by Paul.

Duds: Those in the fanbase who collectively feel that more inspired coaching, more capable offensive play-calling, or a more creative defensive scheme would have changed the overall outcome last night.

I think Mayo did a pretty good job considering what he was asked to do. Stud? Maybe not normally, but he was a bright spot.

I was out of town and didn't get a chance to watch. Considering the outcome and the report here, it appears I didn't miss much. I remember checking my phone early and and saw it was already 21-0 and wondered what was happening.

Dud: Whoever decided that the Redskins needed to copy cat the Dallas traveling bench thing.

Man, if George Allen was still around....that person would be run out of town. 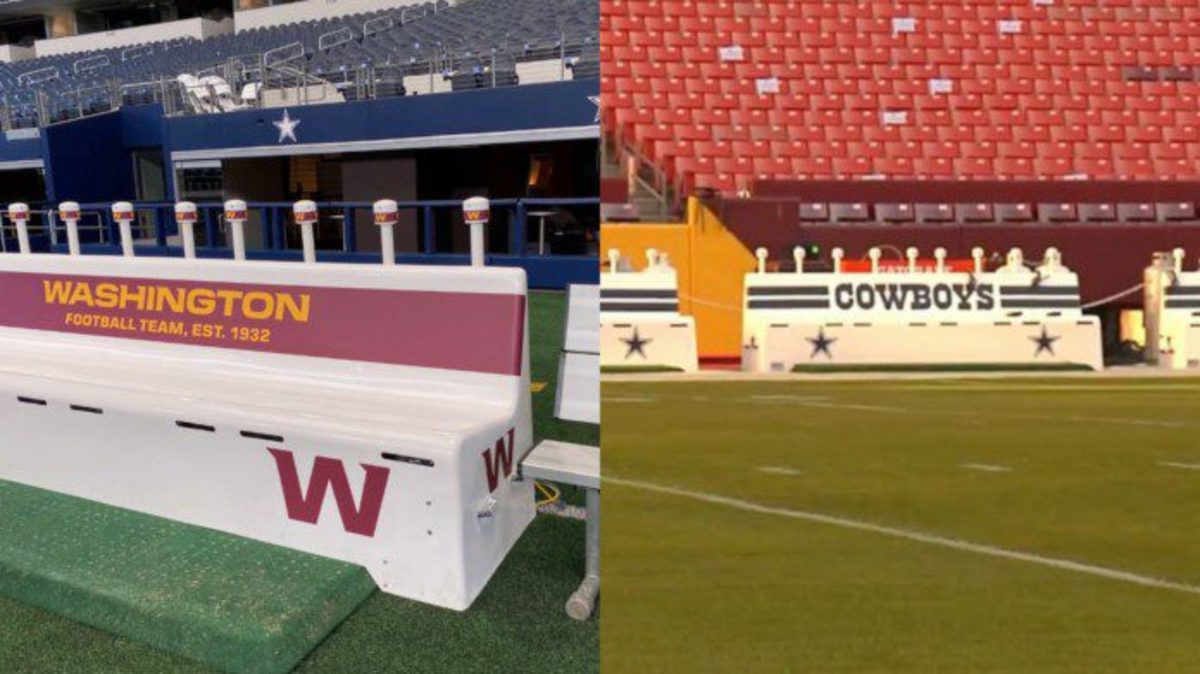 Rivera had to have known this was happening. It's a copycat "I'm going to show him" thing that makes us look like bitches.

This isn't culture changing, it's embarrassing.
You must log in or register to reply here.