LOUDOUN COUNTY, Va. – The Washington Redskins announced today that they have signed cornerback Kendall Fuller and guard Wes Schweitzer. Terms of the deals were not disclosed.

Fuller (5-11, 198) is a four-year NFL veteran who entered the league as a third-round selection (84thoverall) by the Washington Redskins in the 2016 NFL Draft.

Fuller has started in 31 of the 55 regular season games he has appeared in with the Washington Redskins and Kansas City Chiefs. He has recorded 225 tackles (172 solo), six interceptions, 26 passes defensed and two forced fumbles.

In Fuller’s last season with Washington in 2017 he appeared in all 16 games with six starts and finished the season with 60 tackles (42 solo), including two for a loss, 10 passes defensed and four interceptions, which is his career-high for a single season. At age 22, he became the youngest member of the Redskins to record at least four interceptions in a single season since Sean Taylor registered four interceptions in 2004 at the age of 21.
Fuller played collegiately at Virginia Tech and was named the ACC Rookie of the Year in 2013 along with earning Second Team All-American honors in 2014.
Fuller, 25, attended Our Lady of Good Counsel in Olney, Md. He was born in Baltimore, Md. on February 13, 1995.

Schweitzer (6-4, 300) is entering his fifth NFL season after originally being selected by the Atlanta Falcons in the sixth round (195th overall) of the 2016 NFL Draft. He has appeared in 46 regular season games with 36 starts.

Schweitzer played collegiately at San Jose State where he appeared in 38 career games. During his senior season, he was named one of four co-captains and was a four-time academic all-conference honoree.

Nice to have Fuller back. Very nice.

It is amazing how much he resembles the other Wes who plays Guard.
And I'm not just sayin that just because they both have thick beards. So much in common even with unique detail to their face, and stocky, top-heavy build.

my biggest fear in getting rid of Dunbar and Montae is that they are going to ask Fuller to play outside CB. Derek and I both agree he should be left in the slot.

I don’t think you pay a guy that amount of money to play slot. Could be wrong but I think he’ll be on the outside. I have faith that Rivera and Del Rio will put him a position to succeed with the defensive backfield scheme.

I agree, but he made his name and won the super bowl because he was in the slot. 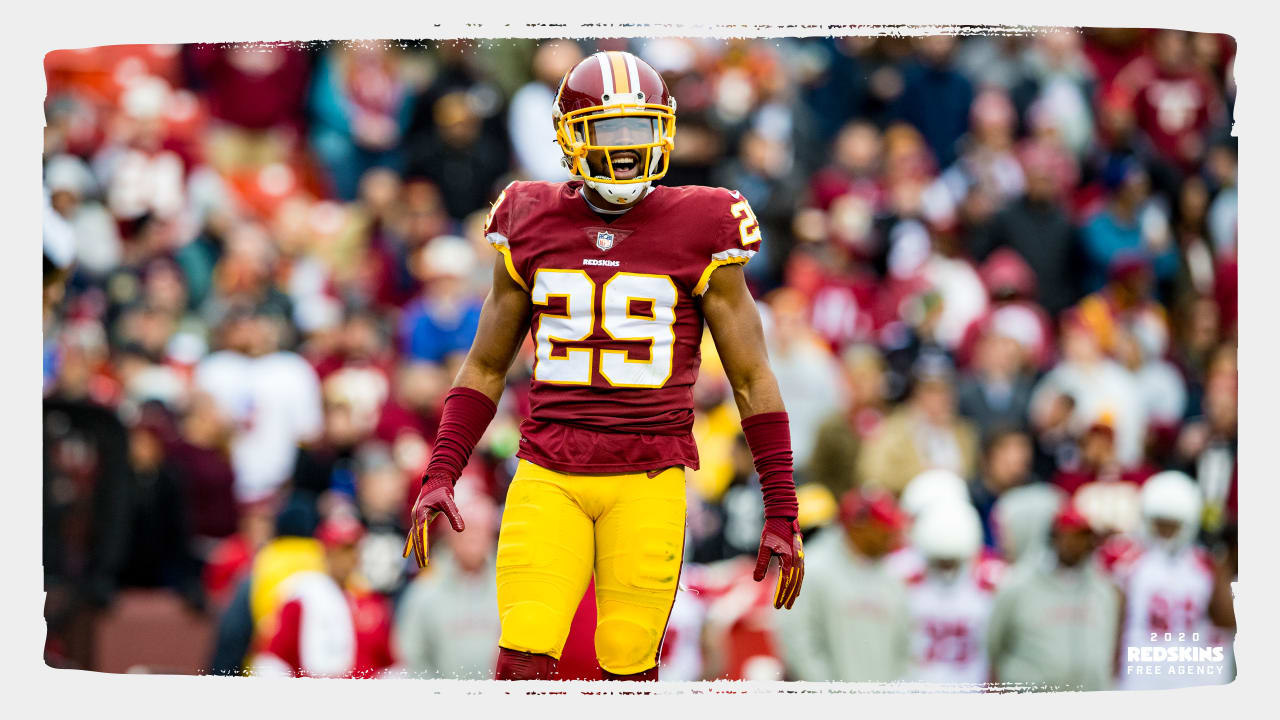 Fuller, a third-round pick by the Redskins in 2016, has found his way back to the nation's capital.

The Redskins drafted Fuller as a cornerback, but he's shown the ability to play nearly anywhere in the secondary over his first four NFL seasons. After serving as the Redskins starting slot corner in 2017, he became the No. 1 corner on the Chiefs' roster after Marcus Peters was traded to the Los Angeles Rams. In 15 games, Fuller set career highs in total tackles (82), solo tackles (64) and pass breakups (12) to go along with a pair of interceptions.
Fuller missed about six weeks with a fractured thumb last season, and he barely played upon returning to the field. But thanks to his versatility, he earned back significant playing time as a hybrid safety-corner for the end of the regular season and throughout the playoffs.
Click to expand...

Very versatile. Like Boone said, I'll trust Rivera and Del Rio to get maximum usage from him, wherever he plays.

No, trust ME and ME ONLY! I know football better than they do!!

MikefromOH said:
No, trust ME and ME ONLY! I know football better than they do!!
Click to expand...

Elephant said:
I trust you...

Just a little reminder of Fuller coming back to the team. Dude plays with a high motor ALL the time

Moreland's gonna work on those hands and lock that slot up for years to come. Breakout year coming for some of our defensive guys now that we have a real Coordinator on staff. Throw in Chase Young and our secondary as a whole is gonna feast.
Last edited: Mar 28, 2020

I think we will see a mixed bag on defense this year, especially with the DBs and LBs. We are just starting to build there, and there will be a learning curve with them learning the scheme and philosophy that Rivera and Del Rio are going to install. I look more towards years 2 and 3 for this defense to really start hitting on all cylinders, especially if we draft Chase Young or some other difference maker's on D.

Boone said:
I think we will see a mixed bag on defense this year, especially with the DBs and LBs. We are just starting to build there, and there will be a learning curve with them learning the scheme and philosophy that Rivera and Del Rio are going to install. I look more towards years 2 and 3 for this defense to really start hitting on all cylinders, especially if we draft Chase Young or some other difference maker's on D.
Click to expand...

Maybe, but a beastly DL can make what's behind them look way better. And Del Rio has a track record of turning defenses around. I think we have the talent at maybe the most important position group, on the DL, to do that. I'm optimistic with Del Rio at the helm even if we weren't in position to draft Young.
Last edited: Apr 1, 2020

Martin should win the LG job. He’s bigger and stronger than Schweitzer.

The Falcons long-standing problem has been having slightly undersized linemen to run the stretch plays that Kyle loved but who were vulnerable in pass pro and short yardage.
You must log in or register to reply here.

Who Read This Thread (Total Members: 18)