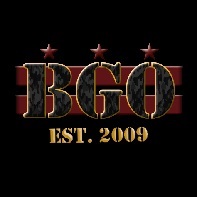 Local and federal authorities agree that the nickname is a roadblock to getting a building at the team's most desired location.

The article by Liz Clarke may have been that 100% definitive piece whereas others before were indicating the odds were at 90% or thereabouts. The fact Bruce Allen seemed to intimate that a stadium in DC was not off the table was more posturing on his part IMO than in any fashion an accurate assessment.

The fact remains that DC allowed the Redskins to depart in 1997 to Maryland after the franchise had been here since 1937. And that was in an era where the name change, issue of local subcontractors being mandated for the job by the City, revenue/tax issues were less visible and intractable then they are now.

DC politicians like the current mayor like to get up and address the media and fans after the Caps and Nationals win titles and claim it all for DC, but the truth we all know is attendance of DC residents at these teams' games without the support of VA and MD fans would in all likelihood make their stay in DC unsustainable, just as attendance at Redskins games for years was largely driven by support from the suburbs.

Washington is the ultimate political city and in that regard Snyder is not going to get any kind of relief on this issue. The Chiefs of the 20 largest recognized tribal organizations in the US could stand up and say they support keeping the name (I am just using an example here - tribes have differing views) and that's not going to change DC's stance or that of certain segments of the machine in Congress.

So, unlike Atlanta or Cleveland where the names and logos of the teams are to me at the top of the list of ones to be put under the microscope, these franchises are able to largely run under the radar and remain beloved by not only fans but by the local media and political establishment.

You can put Kansas City in that list with the Chiefs as well, although their arrow logo to me is more respectful of the prowess of warriors in battle and not demeaning to tribal groups.

But the point is KC doesn't seem to be under any great pressure to change the name after winning the Super Bowl and having saturated national coverage.

Peter King and others like Phil Simms or Joe Buck aren't wringing their hands over using the term 'Chiefs' or 'Braves' or 'Indians' in their past articles or broadcasts.

Snyder will probably build the stadium in Virginia.

Virginia has been more progressive in drawing business since the 1980's, taking jobs and corporate taxes away from both MD and DC.

Virginia welcomed Microsoft, Oracle, Intel and a host of others with a package of incentives and tax breaks to settle their DC-area roots in their state in a time when MD and DC thought that kind of 'bowing' to business was tantamount to violating the public trust.

MD for years was hopeless as it lost several Fortune 500 companies to states with more progressive business policies and took a stand about 'what kind' of business they wanted in the state in the case of the departure of Beretta US. The fact Annapolis politicians care only about Baltimore City in regards to public projects all but resigns the southern portion of the state closest to DC to operate in a vacuum which only reinforces that a Redskins stadium even if the Redskins were renamed 'Warriors', etc. would receive only tepid support.

DC politicians are even further away from reality. I lived in DC for over 10 years and in almost every case I can remember politicians favored the symbolic over the substantive. At one point the City's Comptroller's Office, Housing and Public Schools were under injunction by the Federal Courts, and being managed/audited by Federal directors because of corruption, fraud and waste. One of the School Superintendents, brought in to shape things up, was later forced to resign because she actually came out in public and said part of the issue was that parents were providing too little active support for their children's education, evidenced by low rates of attendance at school parent/teacher conferences, review meetings and school sponsored projects and productions.

As they say with thought-controlling authoritarian regimes there is no greater crime than telling the truth.

So, the Redskins IMO will never meet all of the criteria DC would put in the way of a stadium deal. It's not just the name, it's the use of City designated subcontractors whether competent and competitive or not, it's the anticipated split of revenue for the venue, who is going to pay for proper access and egress routes, changes to traffic/roads, etc.

The Nationals agreed to many of DC's terms because they were getting Nationals Park handed to them on a silver platter with a bow wrapped around it. The Lerners weren't paying $500M to build the complex and deal with the up-front headaches and overhead costs.

The City isn't going to finance a new NFL stadium period. DC most likely won't pay for the 'ancillary' costs for access/egress/roads, etc.

So, in the end result the Redskins will be in VA one way or another.

Why would one one to replant roots in one of the country's leading murder environments?

RFK is a terrible idea anyway...it was a logistical nightmare 25 years ago with only 48k seats, imagine how much worse it would be with practically the same infrastructure in place for a 78k seat stadium.

I doubt it was ever seriously considered.

My own thoughts are that in the future NFL stadiums are going to be smaller but have more premium seats. The home HD experience vs. the cost of tickets is crowding out that working/middle class customer with kids that used to have a pair of season tickets.

Jerry Jones' stadium is an exception I believe. What you will see are stadiums with high tech innovations for viewing multimedia that seat 60-65,000.

If you look around the league there are a number of teams that don't really sell out games. Blocks of tickets are reserved or purchased by teams or by specific community groups and donated so there will not be the embarrassment of local blackouts.

I agree, though, that DC is not a hospitable location for an NFL franchise. Unless like the Nationals the DC Government underwrites the stadium construction.

But despite the success of Nationals Park, I don't see that happening again.

It was only a matter of time in this current "political environment" before they came after the name again. 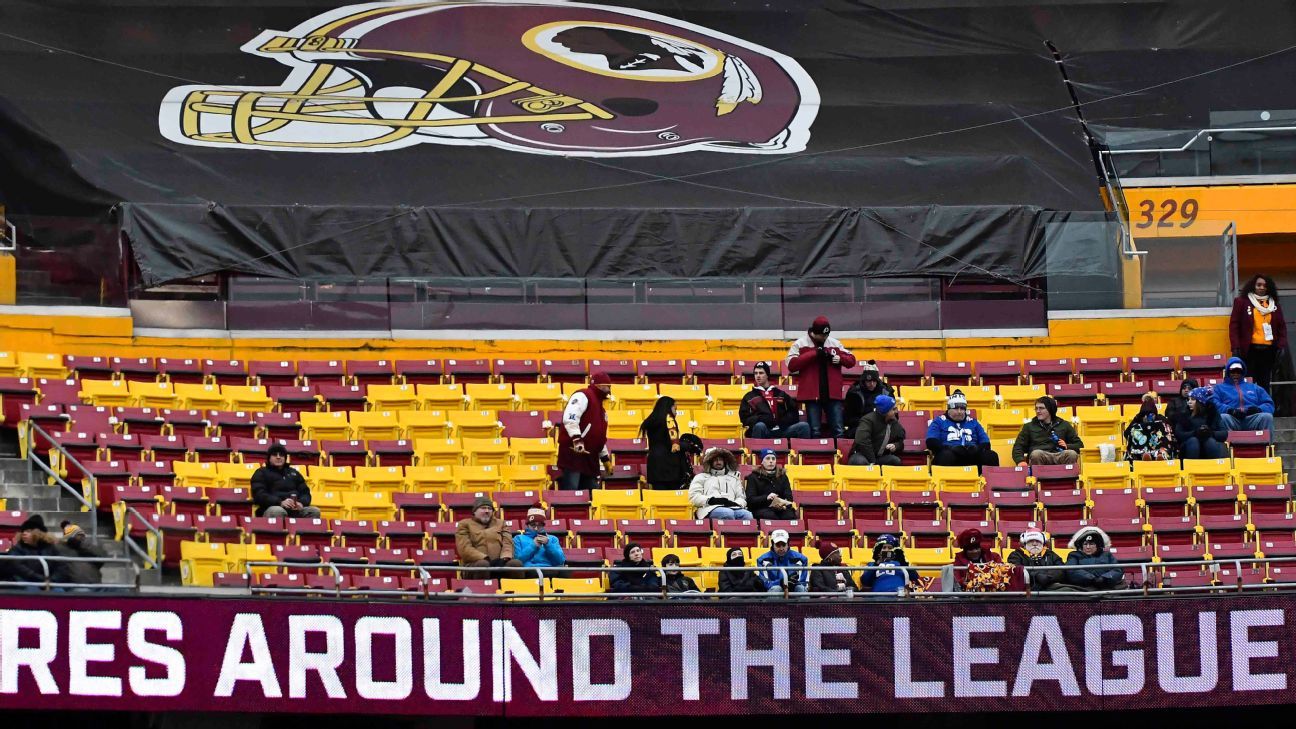 Investors and shareholders are calling on Nike, FedEx and PepsiCo to sever ties with the Washington Redskins unless the team changes its name, according to a report by Adweek.

Always great when people appoint themselves white knights to assuage their guilt. In spite of repeatedly being told we don't care, the morality police just have to make sure they enforce whatever they think is right.

I do hope to see a day when people are taught to draw conclusions off the data found, not just look for data to support what they already think.

One question I was thinking the other day though: how many people would be fine with a name change if it came with an owner change as well? Would getting rid of Snyder make it worth it to some?

Shi no Tenshi said:
Always great when people appoint themselves white knights to assuage their guilt. In spite of repeatedly being told we don't care, the morality police just have to make sure they enforce whatever they think is right.

I do hope to see a day when people are taught to draw conclusions off the data found, not just look for data to support what they already think.

One question I was thinking the other day though: how many people would be fine with a name change if it came with an owner change as well? Would getting rid of Snyder make it worth it to some?
Click to expand...

I am like others on this site, if the name changes, I'm done. I will probably not watch the NFL or become a Ravens fan...until Edgar Alan Poe becomes the latest victim in the cancel culture thus the Ravens become the Baltimore Blue Crabs.

Elephant said:
I am like others on this site, if the name changes, I'm done. I will probably not watch the NFL or become a Ravens fan...until Edgar Alan Poe becomes the latest victim in the cancel culture thus the Ravens become the Baltimore Blue Crabs.
Click to expand...

The fact of the matter is that the NFL, NASCAR, and NBA have decided to say "f@ck you" to anyone over 35- 40. They are bowing to the PC crowd by allowing the kneeling, the BLM crap and this name change garbage to have sway over the leagues. I decided to treat them the way I would anyone that told me to "Get f@cked". I don't have anything to do with them.

Fact of the matter is today, with all the delicate types running their mouths, and being amplified by the media and other commies, the NFL could rename all the teams with numbers and plant a generic "NFL" on the sides of all the helmets in the league, and it still wouldn't be enough to shut them up.

Snyder is stuck in Md. The team has driven off most of its fans, and Va is run by libs for another year or so, so there's no way they allow a team with a name as non PC as "Redskins" to come into the state. DC is dead to the Skins as well. Snyders best best is to buy the crappy old mall across the beltway and build there.

Elephant said:
I am like others on this site, if the name changes, I'm done. I will probably not watch the NFL or become a Ravens fan...until Edgar Alan Poe becomes the latest victim in the cancel culture thus the Ravens become the Baltimore Blue Crabs.
Click to expand...

Then the National Association of Genital Lice Sufferers or some other professional victim group will protest that.

https://www.espn.com/nfl/story/_/id...fedex-asks-redskins-change-nickname....Snyder just say nothing, dont get caught in the mob.....

Shi no Tenshi said:
One question I was thinking the other day though: how many people would be fine with a name change if it came with an owner change as well? Would getting rid of Snyder make it worth it to some?
Click to expand...

I've never been in the camp of blame Snyder for everything. He sucks as an owner, but some people like to blame him for the RB fumbling or the QB throwing an INT or the coach calling a bad play. It can get ridiculous at times. Having said that, he's a terrible owner and it's hard to imagine some other owner coming in and doing worse. Outside of some of his charity work, pretty much everything he has done has been wrong. So anything that gets the Redskins a new owner would be welcome. I've always thought that a new owner would mean a new name. So it would be such a conflict and I think most fans would be in that same boat. We would be so ecstatic to be getting a new owner and so angry that this new owner then changed the name.
You must log in or register to reply here.