FORMER WASHINGTON REDSKINS COACH AND FRANCHISE ICON JOE BUGEL PASSES AWAY AT AGE 80:
​
LOUDOUN COUNTY, Va. – Former Washington Redskins Coach Joe Bugel passed away today at the age of 80. Bugel, regarded as one of the greatest offensive line coaches in NFL history, was the team’s offensive coordinator and offensive line coach from 1981-82 and became the assistant head coach in 1983, a role he would hold until 1989 before becoming the head coach of the Phoenix Cardinals. Bugel returned for a second stint with the team as assistant head coach-offense from 2004-09.

“I am absolutely devastated by the news of Joe’s passing. Joe was a larger than life figure and a true legend of his profession. He exemplified what it meant to be a Redskin with his character and ability to connect with his players along with a work ethic that was unmatched. We shared a special bond and he was a great friend. He was a man who not only gave me a better understanding of the game of football, but who also gave me perspective on what is truly important in life. I absolutely adored him and will miss him terribly. Tanya and I would like to extend our deepest condolences to Brenda and the entire Bugel family during this time,” said Washington Redskins Owner Dan Snyder.

“Joe had an incredible passion for the game of football. He came to work every day with such great excitement and his players had tremendous respect for him. The strength of our coaching staff on both sides of the ball was a key reason we had so much success. Bugel was such a big part of that and his impact was felt not only by those Redskins’ teams, but truly across the entire League. I will miss his friendship and I will always cherish our late-night arguments putting together the game plan each week. Pat and I will be praying for his wife Brenda, his girls, and their entire family,” said former Washington Redskins Head Coach and Pro Football Hall of Famer Joe Gibbs.

The group, one of the most dominant in league annals, led the Redskins to three Super Bowls, including victories following the 1982 and 1987 seasons. Bugel was instrumental in the development of four offensive linemen earning Pro Bowl berths -- Grimm (4), Jacoby (4), Bostic (1) and May (1).

Bugel was promoted to assistant head coach in 1983, the year the Redskins scored a then-NFL record 541 points.

In his first nine years in Washington, he helped the Redskins' offense produce four 1,000-yard rushers, one 4,000-yard passer and nine 1,000-yard receivers.

Bugel was hired by the then-Phoenix Cardinals as head coach in 1990. He would serve as the Cardinals' head coach for four seasons before joining the Oakland Raiders as assistant head coach/offense from 1995-96 and head coach in 1997. He also coached the offensive line for the San Diego Chargers from 1998-2001.

After a two-year break from coaching, Bugel returned to the Redskins in 2004 as assistant head coach-offense under Joe Gibbs, although his primary job was to work with the offensive line. He stayed on as offensive line coach in 2008 and retired following the 2009 season.

During his second stint with the team, Bugel was instrumental in the development and success of T Chris Samuels who made it to four-consecutive Pro Bowls under Bugel’s tutelage from 2005-09. His front also helped RB Clinton Portis establish himself as one of the premier running backs of the decade. The Redskins had a 1,000-plus yard rusher in five consecutive seasons (2004-08) with Bugel leading the offensive line.

A Pittsburgh native, Bugel was a two-way star in football at Munhall High School. In 2005, he was inducted into the Pennsylvania Sports Hall of Fame (Western Chapter). Bugel is survived by his wife, Brenda, and daughters: Angie and Jennifer. His daughter, Holly Bugel passed away in 2008. 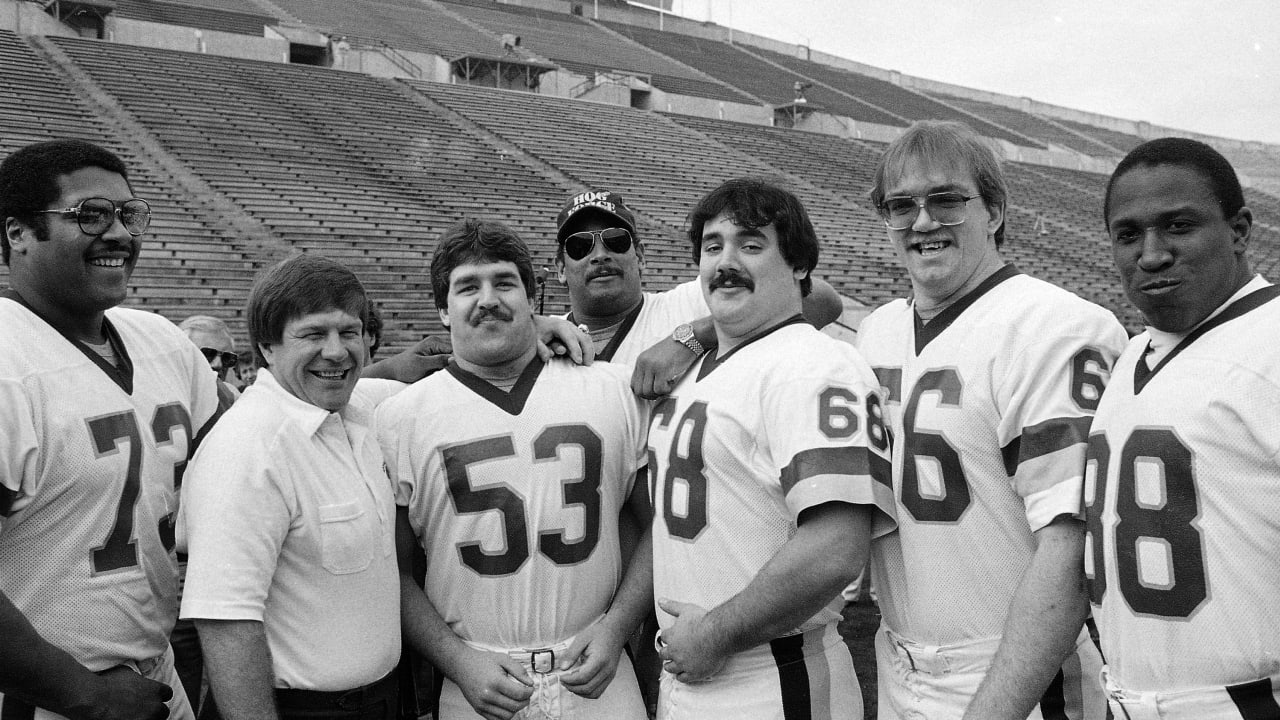 PHOTOS: Joe Bugel And 'The Hogs'

Former Washington Redskins Coach Joe Bugel passed away Sunday at the age of 80. Coaching under Hall of Fame Head Coach Joe Gibbs from 1981-89, Bugel was the architect of the dominating

Thankfully Joe isn't having to witness this travesty with the name change. SMH....
You must log in or register to reply here.