What would a loss in Detroit mean?

But really, what are the ramifications if our B&G brothers find a way to rumble, stumble, and bumble their way to a loss?

I shudder to think.

I have expressed this before, I do not feel good about this game. As I made my initial picks, I kept wanting to pick the upset, Lions over Skins. But as I tried to click the button to choose Detroit, I couldn't do it.

Go Skins!. Could you please go out and rip the Lions like you did a couple of years back!?!?!?!? Can you guys on offense blow up there D?!?!?! And could you guys on D take advantage of an over the hill Jon Jansen and rattle the rookie QB!!?!?!

I do not enjoy thinking this, but if they come home with a loss I will be tempted to boo!
Last edited: Sep 23, 2009

Not enough beer in the world to contemplate this one...

I'm with Elephant. I can't bring myself to pick the Lions. I still hold on to a thread of hope-of course, giving up is never a comfortable option for me.

Then, showing you just how out-of-left-field weird my mind can get-this admittedly bizarre thought popped up.

Wouldn't it be the ultimate in irony to start this season 2-6 and finish 6-2 and duplicate last years 8-8 record?

If we lose to Detroit we become the "hapless" ones.

I do not think the danny fires Zorn until the end of the season. He caught (deservedly so) too much bad press for doing that to Norv

If we lose to Detroit, I think Zorn loses this team. Non one will have any faith at all the Zorn's version of the WCO works, and they would be right. Shan, Chucky or even Tuna running the WCO would have had better results by now.

Once the team loses confidence/respect/faith in the Coach, we're done this season. They'll mail it in the rest of the year

Of course fans will march on Redskins Park and demand the dannys head. For the really brave, through the front doors, vear right, down the first hall on the right. Go to the end of the hall and turn left. All the way to the end of that hall, last door on the right, vear kinda left once in the office and dannys door is on the left hand side of the room. Can't miss it

Well, for what its worth, I just heard on Mike and Mike that Golic and Herm Edwards are picking the Lions.

I dunno. We get over it and move on. It's a long season. When you're in it every game seems like a must-win ... especially in September.

I think we've got a mediocre team here. We've got a solid defense and a lousy offense. Losing to the Lions won't change that.

Win or lose this week I think we're headed for 8-8. What happens to Zorn and the team after that I couldn't say.

Armchair QB Inc. single-handedly will end unemployment.
SnyderMustDie.con will crash.
The Zorn Also Blows makes NY Bestseller list.
"I knew it" will be used more than a airbrush on Megan Fox.
The sun will rise on Monday.

I am picking the Skins to win, but there is certainly a lot of doubt after last week.

If we lose this game, there is no doubt in my mind that we will have a new head coach in January. Now, a new coach in October, I can't say. I can say that I wouldn't cry over it.

Zorn' team has not shown that it necessarily recovers from a lackluster effort like the one against the Rams with a redeeming effort the next week.

If past is prologue the Redskins will come out and play down to the level of the Lions, just as did last year against the Rams, Bengals, etc.
Posted via BGO Mobile Device

Where is the 'All of the above' option?

I don't think they'll lose, but if they do it'll hopefully serve up a sense of urgency that the Redskins seem to have been lacking for quite some time now. Hopefully it'll serve to humble a few of them that aren't trying as hard off the field as they should. Hopefully though, it'll be a 14+ point win .

Why does our schedule always seem to break down where we're facing a team desparate for a win on a near weekly basis?
Posted via BGO Mobile Device

If the Lions simply outplay us by a tune of 34-31, I could live with it. Mark my words though, if Campbell sucks and can't get us into the endzone, he WILL be replaced.

That said, I think we reach the endzone just enough to salvage a 20-17 nailbiter and continue on our unmerry way.

If our offense is able to score over 20 pts in a single game (instead of in a single month), I'll be happy.

Or maybe not happy, but certainly less despondent.

This franchise needs a statement game; a ruthless victory. Unfortunately, I don't think that's coming this season if we were only able to beat the Rams by three points.

Pravda said:
This franchise needs a statement game; a ruthless victory. Unfortunately, I don't think that's coming this season if we were only able to beat the Rams by three points.
Click to expand...

Unfortunately, it was only two points.

If the Redskins lose this game, this season could take a very nasty turn.

Zorn does not inspire the troops. That much is obvious from seeing how flat this team comes out at times to start the game.

While the Redskins could go into Detroit and claim a big victory, there is an increasing chance that a young Detroit team playing at home could throw the haymaker first.

If Calvin Johnson were to get loose for a long TD or two, this team would be hard pressed to score enough points to win.

Skins need to win and they need to win by 10 or more.....hopefully that will quiet the boo birds at FedEx when the Bucs come to town.

A loss could be very, very bad. 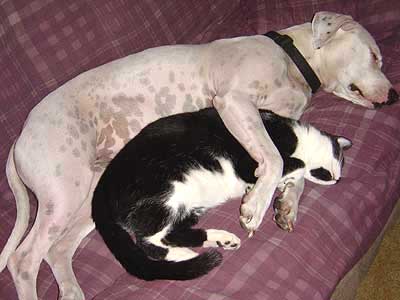 what the Detroit loss means is that what we saw against the Rams is indeed the 2009 Redskins and not simply a team having an 'off' game.

it also means that this team has not progressed from last season's 2-6 finish and that Mr. Zorn is the biggest lame duck since Jimmy Carter back in 1979.

if the phone has not been picked up to call Mr. Shanahan or Mr. Holmgren yet, it most certainly will be over the next few weeks.
You must log in or register to reply here.