Nice read on what Chippy is doing this off season, and how a lot of it makes absolutely no sense...

This is where the Chip Kelly bandwagon makes a sudden stop on the hard shoulder and half of the occupants wander off in a daze. Thursday became the day when you were either all in with Chip or wondering why you ever had been. Paying Byron Maxwell like he’s Deion Sanders was aggressive and desperate, but understandable for a team that had no cornerbacks. Trading for Sam Bradford was worrisome, but you can understand a team with no quarterbacks taking a risk on a passer who might be a buy-low candidate.

Signing DeMarco Murray and Ryan Mathews on the same day? At full retail price? That’s a bridge too far. For days, we’ve been looking at the various moves the Eagles have been making while trying to figure out Kelly’s master plan. Now, more than ever, it looks like Kelly is equally in the dark.
Click to expand...

Interesting. Not completely out of the ordinary for the Luries, really. They've done stuff like this in the past when they drafted McNabb & paid him monstrous amounts of money, then gave him Todd Pinkston & Freddie Mitchell to throw to. The only thing that really helped him was Westbrooke & even that wasn't the greatest move they could have made at the time as I recall. Alot of people were scratching their heads when they did that too.

Almost without exception the Grantland stuff is strong.

Om said:
Almost without exception the Grantland stuff is strong.

Om, I am going to adopt the same opinion of Kelly, that you have of our new GM.
I'll trust him, until he gives me a reason not to.
"Trust" probably isn't the most appropriate term for a team that we are rivals with, but I think you get what I mean.

And considering his W-L record in both his rookie season and sophomore season, there's reason to be convinced he knows what he's doing, though it may not be popular in the court of public opinion, or for those who want to judge his moves, long before he is even done with the offseason acquisitions, and of course, long before we see the "fruit" of those moves. Until that time, he's probably earned the benefit of the doubt.

On the outside, it looks like he's crazy or clueless, but based on his history in the NFL thus far, there's reason to believe there's a method to his madness, and a lot of pertinent plans going on behind the scenes in Philly, which we are not privy to.
Last edited: Mar 13, 2015

In all, Kelly is committing a lot of money to his running backs. Let’s assume that Mathews’s deal eats up about $4 million in cap space this year. Assuming that it has a roster bonus, Murray should come in at about $9 million. The Eagles already have Sproles on their cap at $4.1 million. Even if they cut Chris Polk, that means about $17 million in cap space is committed to running backs.

The only team that even comes close to the Eagles on running back spending would be the Vikings, who have $18 million committed to backs this season, but $15.4 million of that money belongs to Peterson, who is likely to be released or traded. Otherwise, nobody else is spending more than $10.9 million on running backs, which leaves the Eagles as an enormous outlier in terms of how they’re choosing to use their cap space.
Click to expand...

Here’s the simplest way I can put this: Pretend, for a moment, that the Raiders or the Jaguars or the Browns made this exact same pair of moves. They would be the laughingstocks of the league, fools making the same stupid mistakes that bad franchises always make. The Eagles understandably aren’t being painted with that brush because Kelly has earned a certain level of credibility as a forward-thinking coach. With the moves Kelly has made this offseason, that credibility is on the line.

I'm with you, Fear. All Kelly has done in his first two seasons is win 20 games and defy universal expectations. Maybe all the screamin' and piling-on out there right now will turn out to be well-founded ... but maybe not. At least for now, to me he's earned the benefit of the doubt.

Now back to your regularly scheduled Philly Phail Phenomenon.

Interesting breakdown of Tebow and the Eagles. The two things that caught my attention:

I keep mentioning that, with Kelly’s coaching acumen, he could find a way to get the most out of Tebow, but that brings up another way in which the Eagles might not benefit from this signing. Bringing Tebow in as the backup or developmental quarterback behind an established starter who already runs the offense is one thing. The Eagles aren’t in that sort of situation. They have to develop Bradford, their nominal starter, who hasn’t played since the middle of 2013 and will be learning Kelly’s offense for the first time. They’re still going to need to focus on preparing Mark Sanchez, who has only been around for one year and will be the second-stringer.

Now, on top of that, there’s Tebow. Every minute that Kelly, offensive coordinator Pat Shurmur, and quarterbacks coach Ryan Day spend working on Tebow is another minute they could have spent coaching up Bradford or Sanchez. While the financial cost of the deal is likely negligible even if Tebow does make the roster, the opportunity cost of devoting coaching resources toward him that could have otherwise gone to one of Philadelphia’s other quarterbacks is more tangible.
Click to expand...

When the Jets acquired Tebow, however, it ended up being one of the things that ripped the team apart. There’s a reason former Jets GM Mike Tannenbaum said that trading for Tebow was the most notable mistake he made during his tenure with the team. Trading a mid-round pick for a quarterback prospect who didn’t work out isn’t typically the most damaging thing a general manager does, but it’s no coincidence that Tannenbaum brought up Tebow as opposed to, say, drafting Vernon Gholston sixth or trading for Brett Favre. Tebow has an outsize impact on his team, even if he doesn’t matter much to what happens on the field.

And that’s why I would be concerned if I were Chip Kelly. It’s not an issue with Tebow himself, but a problem with the perception issue already surrounding this team. If Kelly gets his moves right — if DeMarco Murray stays healthy and Byron Maxwell is a shutdown corner and they draft this year’s version of Odell Beckham Jr. in the first round — nobody cares if the Eagles cut Tebow in August. If the other moves don’t work out, the decision to sign Tebow will become a flashpoint, another sign that Kelly was just throwing stuff at the wall and hoping something stuck.
Click to expand...

How Does Tim Tebow Fit Into the Chip Kelly Offense? «

The true problem with signing Tebow (outside of the fact that he is not a NFL qb) is that he brings the Christian circus with him. Team executives always opine that distractions are what they most dislike.

Tim Tebow is a hall of fame level distraction.

Talk about changin' times. The town of Bednarik, Jaworski and Papale has morphed into Tebow.

Christian circus...the man can't control that and not every Christian is a clown

No, MOST Christians aren't clowns. But Tebow seems to bring something out of people, makes them passionate which is wonderful, but also... a little goofy.

And Tebow cannot control it, certainly; but that doesn't mean it doesn't exist. I realize I'm conditioned to hate Chip because he's coaching one of my main rivals, but to me this smacks of the continuing train of thought that Chippy thinks he is the smartest guy in the room, and by God, he's gonna prove it!

I'm going to ask religion to be left out of this altogether. Because it's going to end up a mud slinging contest and not right.

Saw this on the news last night ... busted a gut. 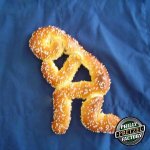 MikeSr619 said:
I'm going to ask religion to be left out of this altogether. Because it's going to end up a mud slinging contest and not right.
Click to expand...

I think it's unfortunate that it has to be brought into it, but it is usually brought by the Tebow followers. I wouldn't say it's religion at all, just people who are way too into Tebow. The only religious aspect of it I ever see is that his followers are creepily cultish. I never equate that with being Christian though, just crazy people that are overly obsessed with a football player. Hopefully we can have crazy people be part of the discussion

Om said:
Saw this on the news last night ... busted a gut.
Click to expand...

Yea, but the question is, can they do that with a Philly Cheesesteak ?

Shi no Tenshi said:
I think it's unfortunate that it has to be brought into it, but it is usually brought by the Tebow followers. I wouldn't say it's religion at all, just people who are way too into Tebow. The only religious aspect of it I ever see is that his followers are creepily cultish. I never equate that with being Christian though, just crazy people that are overly obsessed with a football player. Hopefully we can have crazy people be part of the discussion [emoji14]
Click to expand...

The problem I see is people like to just attach words like crazy/circus/freak/nut/extremist with religion because they either aren't religious themselves and don't care if they disrespect or just don't see a difference and are disrespecting.

Either way it's lame. People are people and the name calling sucks.

Who called anyone names, Mike? You are the one who equated the term circus with clowns.

I have neighbors, for example, (family of 4) who have jerseys for every team that he has played for and they are not football fans. They are Tim Tebow fans. They are also super into their faith (not that their is anything wrong with that). What is a reasonable person to take from that?

Not that they're in a circus. Associating clowns with the circus might have been a leap I made but it wasn't a hard one to make.

What would you take from someone who has faith and likes to follow people who do?

To that extent? Part of a (fill in the blank) circus.

Bro, you literally said Christian circus. I didn't make THAT leap. If you're now saying media circus it is different than what you originally said.
You must log in or register to reply here.