Forbath (5-11, 197) was originally signed as a college free agent by the Dallas Cowboys on Aug. 2, 2011. He spent the entire 2011 season on the reserve/non-football injury list. Forbath was waived by Dallas on April 16, 2012, before being claimed off waivers a day later by the Tampa Bay Buccaneers.

Addison finished his collegiate career at Troy (2009-10) after spending two years at Northeast Mississippi Community College (2007-08). He appeared in 25 games with 12 starts at Troy, where he totaled 79 tackles (50 solo), 13 sacks, three forced fumbles, one fumble recovery and one pass defensed.

White (6-4, 264) was originally drafted by the Redskins out of Florida State in the seventh round (224th overall) of the 2011 NFL Draft. After spending the first two weeks of the 2012 season with Tampa Bay, he signed with the Redskins prior to Week 3. He appeared in Week 3 and was inactive during Weeks 4 and 5.

Maybe we step in ****, come up smelling like roses, and he winds up to be the kicker he was billed as coming out of college.

Kai Forbath will be a great kicker with us, for years to come.

Our twenty years of wandering through the Kickers Desert, is mercifully over.

For I have deemed it so.

Ax said:
Kai Forbath will be a great kicker with us, for years to come.

Our twenty years of wandering through the Kickers Desert, is mercifully over.

For I have deemed it so.
Click to expand...

Your recent posts have confused me.

In the past, you always came across as one of the most pessimistic and angry persons, but you seem to have suddenly made a 180 degree turn.....at least on the subject of our latest signing. What gives ?

Fear The Spear said:
Your recent posts have confused me.

In the past, you always came across as one of the most pessimistic and angry persons, but you seem to have suddenly made a 180 degree turn.....at least on the subject of our latest signing. What gives ?
Click to expand...

You have misread the tea leaves, my friend. Or, more likely, confused me with someone else.

I do the majority of my most vicious venting during the off season.

When it comes to the season, and most specifically, game day, I have never been a pessimist. Never, ever, ever, never. No way, no how, at any time. Ever, never, ever.

I root for everyone wearing the uniform, whether I like them, or not. I may bad mouth someone/something after a game. But usually, by Tuesday, it's all about how I'm sure we're gonna win our next game.

Oh, and as far as our latest signing, Kai Forbath, I believe my will for him to succeed will make it so.

There's nothing but blue sky when it comes to Kai


Eh, best I could do at the moment

Much better than, He was the best of what's left, I'm talking bout Forbath

The sKai's the limit with Kai!

Kung Foo, is second only to Kai Kwon Do.

According to Wikipedia, the name Kai ( /ˈkaɪ/) has various origins and meanings in different cultures:

In Urdu, Kai is short for "Kainat", meaning the universe.
In Basque, Kai is a common word meaning "pier of a harbour" and a variant of the first name Kaio (from the old Latin name Caius)
In Burmese, Kai means "strong", or "unbreakable"
In Chinese, Kai is a given name which can be one of several characters. The most common Cantonese name is "繼" with five radicals for silkworms on sieve, meaning "unceasing (like silk)" or "following intimately (like silk)" or "continual (like silk)". The most common Mandarin name, "凱", meaning "victory" or "triumphant".
In Estonian, Kai is a female name meaning "pier"
In Finnish, Kai is a common male name, Finnish form of Kaj. The term "kai" also means "probably" in Finnish.
In Hawaiian, Kai means "ocean" or "ocean water"
In Dutch, Kai means "archer"
In Hmong, Kai is a male name that is sometimes spelled Kha
In Japanese, The term 'Kai' in Japanese means 'restoration or recovery'[1] among others.[2], ocean (海), or shell (貝)
In Māori, Kai means "food"
In Navajo, Kʼaiʼ means "willow tree"
In North Germanic languages, Kai means "keeper of the keys; earth". In Germanic languages, Kai means quay or safe harbor.
In Welsh, Kai is a popular given name normally spelt Cai, from the Arthurian legend of Sir Kay
In Yoruba, a Nigerian language, Kai means "love"
In Cornish, Kai means "dog", and is often used as a dog name
In Swahilli, Kai means "loveable", and is given to a baby of female gender

In summary, I believe this is insurmountable evidence that Kai is probably a strong and unbreakable kicker who has no 'pier' in the universe, can kick the ball over the widest of oceans, as accurate as an archer with a bow of willow, and like a dog will inspire love and admiration in his owner as the Redskins kick their way to triumphant continual victory.

I mean, what else could it mean?

"Sweep the leg...you got a problem with that?"

"Sweep the leg...you got a problem with that?"
Click to expand...

I'm all Forbath. All the others had to Gano.

This move was a clear sign Shanahan didn't want to ever see Gano again. Gano must be pretty cocky to have landed so deeply in the pit with the coach.
Posted via BGO Mobile Device

The most common Mandarin name, "凱", meaning "victory" or "triumphant".
Click to expand... 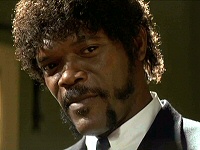 (can't believe no one has done that yet...)
You must log in or register to reply here.