It's been a while since I've stopped by but wanted to share this story with friends I figured would appreciate it.

My son works at the Adidas store in the outlet mall here in Williamsburg. Today, he got quite the surprise. 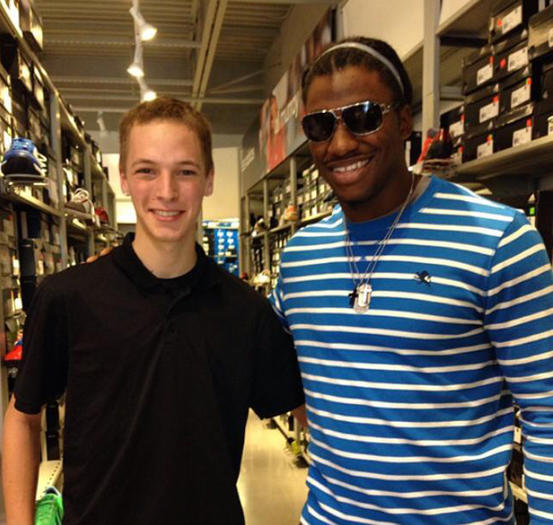 He said RGIII was very cordial and even initiated their conversation. Once my son revealed he was a military brat, they hit it off. Had what my son describes as a very pleasant conversation that lasted about five minutes. RGIII even offered to take the above pic (had his wife take it!) and wished him good luck as my son sets off on his own military career later this month.

...on all non-Packer match-up weekends.

Hats off to you, RGIII!

Props to Bob for keeping his head on straight.

Bigger ups to your son for serving his country.

Cool, glad to see he didn't charge to take a picture, like some athletes do.
In other words, he was RG-Free

Gotta love it!
You must log in or register to reply here.