In all my life, I've never seen such bitching and complaining about a kicker who, ultimately, kicked the game winner. Facebook is gushing over with Cundiff hate. Ditto other Redskins sites. Forget that Cundiff was, short a beyond stupid 62 yard call, perfect heading into today. Oh - and nevermind the fact that he's an automatic touchback on kickoffs.

He had a bad day - and still managed to kick the game winner. I hope all of our worst days are that good.

Guys a Redskin, and when push came to shove, won us a game today and gets zero support.

I still think we should cut Cundiff...

I was on the road and missed the game. Cundiff did have a bad day, but he came through in a pressure situation.

I am more concerned how we let them come back from 18 points down.

Boone, that goes both ways. He kicked the game winner, but he also missed 2 that should have meant victory formation instead of a finger-nail biting drive with less than 2 minutes and 1 time out.

If we didn't have such a history of losing games because we missed 2-3 chip shots early in the game this wouldn't be such a big deal. But we have that history.

As far as I'm concerned Cundiff should be thanking his lucky stars we have a rookie qb who, in his 4th game ever, was able to lead the troops down the field to put him in a position to kick the game winner.

And no, i'm not counting the 57 yarder against him. It looked pretty close and thats a really long kick. It was dead center.

I'm not saying I want him cut on Monday, even if I did I'm not sure who we could sign that would be better (I imagine noone...) But I'm not giving him a whole lot of credit for climbing out of the hole he dug for himself.

Fans calling for Cundiff's head, after (warts and all) he kicked the game winner - well - it's just plain stupid.

He didn't have a good day. But when it counted, he got it done. Good thing we don't hold the perfection standard for everyone on this roster - we'd be looking for help at quite a few spots if so...

Well some fans sent death threats to Morgan over twitter, so...
I'm guessing the final kick will spare us of that embarrassment this time around.

I can see people being upset for the bigger picture. One game, in Griffin's rookie year, on the road against tampa is meaningless. But it means that the question of whether or not Cundiff is a long term option just got some marks in the 'no' column. Of course it's too small of a sample size to know for sure (at least his time with us is).

At the end, Billy Cundiff was about 5 feet away away from becoming Billy Goat 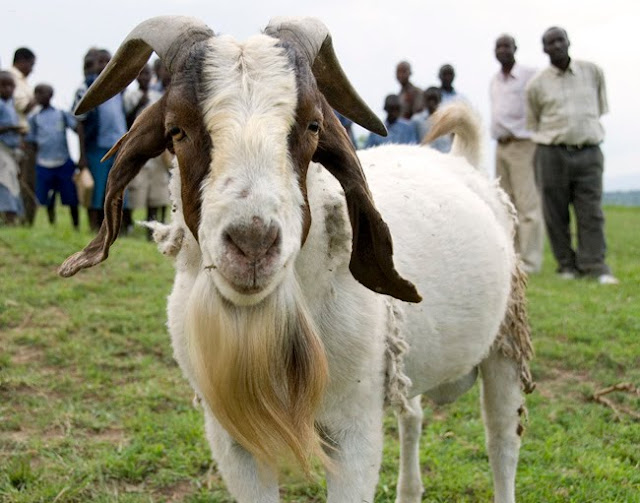 tr1 said:
Cundiff can consistently put kickoffs into the end zone...something we haven't had for years.
Click to expand...

What? Gano didn't have a problem with this. He has a much bigger leg than Cundiff. Gano wasn't cut because he couldn't put it through the endzone.

I will have to research it, but I think Gano's 'big leg' is urban legend. I don't think he was even 'average' at putting it in the endzone on kickoffs.

Cundiff's game winner saved him the indignity of becoming an honorary member of the U.S. Ryder Cup team.

Boone said:
I will have to research it, but I think Gano's 'big leg' is urban legend. I don't think he was even 'average' at putting it in the endzone on kickoffs.
Click to expand...

also, i believe Gano's kick off problems were all attributed to Smith asking him to do specific directional kicking, which apparently we're not doing anymore.

i think gano's leg is bigger because he can make 50+ yarders and cundiff can't.

You 'stat guys' kill me. So 60% during the first quarter of a season 'means little'? Other than that it's a major improvement - I agree Let's talk when it's an even bigger % at season's end...

I don't disagree that Gano is a better 50 yard+ kicker. I don't think the team disagrees. But apparently, the team values reliable kickoffs and kicking consistency from 50 yards and below more than an occasional 50+ yarder.

I will admit I am a negative Nancy when it comes to game time. Over reacting? Nah, just that I have been conditioned to expect the worst when it comes to the Redskins over the past 20 years.

That article is referencing one short kick off... one in which both Shanahan and Gano claim there was a screwup on the kickoff, not that it was caused by a lack of power...

The rest of the part on Gano was about blocked field goals....

Yeah, and the Raven's have scored 735 points over the last two seasons and we've scored 590. If the difference was entirely by touch downs the ravens had 20 more kickoffs to begin with, if they were field goals they had 48. Just wondering how much that had to do with the higher numbers.

I'm not really interested in defending Gano. It was widely reported when Gano was cut that he had the bigger leg, it was accuracy in the 30-49 yard range that got him cut and the fact that apparently Shanahan didn't like him.

This is actually the first I've heard of someone suggesting Cundiff has a strong leg than Gano...

First off, I have absolutely no desire to defend Gano. So this will be the last post I spend time on... I just don't care so it's a waste of my time

Boone said:
You 'stat guys' kill me. So 60% during the first quarter of a season 'means little'? Other than that it's a major improvement - I agree Let's talk when it's an even bigger % at season's end...
Click to expand...

Yes, taking the first quarter of the season and stretching it out over 16 games is meaningless
Extrapolating any stat, or wins/losses, is meaningless and you know it Boone. Change in schedule, venue, weather, injuries (to opponents and us), time of day, whatever else changes between the start of September and the first week of January... Kicking statistics are no different...

It's not a stats thing, its a "I've watched football" before thing . Zorn started 6-2 and he certainly didn't finish 12-4

According to the reports at the time the out of bounds kicks and some of the shorter kicks were do to Smith asking him to place teh ball in a specific spot.
Neither Smith nor Gano (nor any of the beat reporters on the radio) denied that if they just let Gano kick it though the back of the endzone he could...

I have absolutely no idea how true that is, I've never talked to Danny Smith and asked him how often he does directional kicking, why, and whether or not it had anything to do with Gano's kicks... It's what the reporters were saying... If you take issue with it then your issue is with them and their reporting.


Boone said:
I don't disagree that Gano is a better 50 yard+ kicker. I don't think the team disagrees. But apparently, the team values reliable kickoffs and kicking consistency from 50 yards and below more than an occasional 50+ yarder.
Click to expand...

BTW - it was very clear that Shanahan didn't like Gano. Apparently that played a role in his cutting as well.

Look, Gano is obviously not a very reliable field goal kicker. If he was he'd be kicking field goals not watching games on his couch.

I've just never heard anyone dispute that he had the more powerful leg. I thought it was common sense, based on the multiple reports about it by beat reporters, the coaching staff, and the fact that his field goal issues were due to accuracy - not distance problems. Cundiff fell short on a 56 yarder; Gano would miss right or left. Same result, different problem.

Cundiff saved his job with the last kick. Which was only a couple feet from being his fourth miss of the day. But, since you can't "expect" the 57 yarder, in reality, he only missed two. Two that should absolutely be automatic.

So yeah, he made the most important kick of the day. Good boy.
His kickoffs, for whatever reason, are 100 times more reliable than Gano. Hey now!
But, he has eliminated the thought of "automatic" from his field goal game. Giving us another season of uncertainty, every time we line up for one. Been this way since early Lohmiller.

Thanks Billy. We needed something else to worry about.

Almost every Redskins kicker for the last 20 years, suck.

We passed on Mason Crosby 3 times in one draft and teams like the Pats can let a legend go, pick up a rookie and not skip a beat.

I am convinced that when it comes to special teams, we don't know what in the hell we're doing.

Those are all fair responses. There's no defending the missed kicks - I'm really just beating on fans that scream for a player's head based on a bad day. But the truth is, prior to yesterday, he's been solid so far. That's really all I'm arguing. Probably a moot point anyway - since if Gano has another day like yesterday, he might find himself packing his trash.

ST flops bring back bad memories, I think it's that simple. When the rest of the team executes well, and one guy blows it, that guy is going to get a lot of blame, deserved or not. There were plenty of plays that could have been made that would have resulted in not needing those FGs.

The problem is, IMO, that Cundiff had an inauspicious start with the Skins. Most fans were either in Rackers or Gano's corner, and made some sort of emotional commitment to one or the other. Then Gano won for a day, and then was cut and Cundiff was brought in. A bit unusual. Then Cundiff makes fun of the fans in DC, which may have been true, but was just stupid to say. He took a non issue and made it an issue by opening his mouth. That gives fans reason to look for ways not to like him.

So then, he misses three kicks and a month later, those fans feel justified for not liking him. I'm not saying Cundiff brought it on himself, I'm just saying he made the situation worse. He's dug himself a hole that he's gonna have to climb out of.

Nice post Goal. I can't argue. And you know what - if he hadn't made that game-winner, I'd have been as upset as anyone...
You must log in or register to reply here.