He was bulging last summer. Is he not even bigger now ? 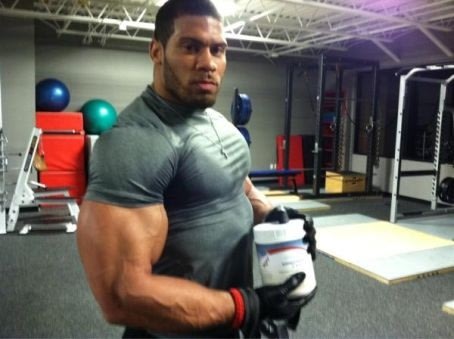 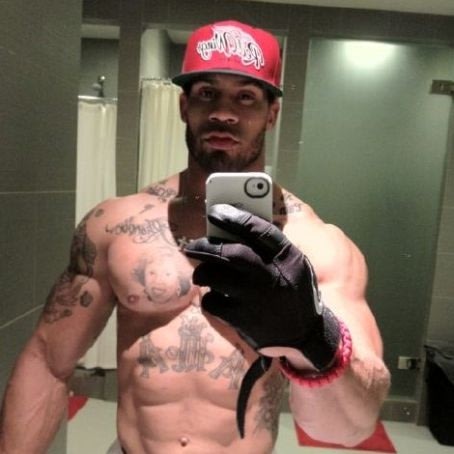 Yeah - they were showing him on ESPN - I swear he looks like the Hulk. Now if he could just stay healthy and play as well as he looks.

If I never have to watch him talk trash again to an opponent that just picked up another first down, it'll be too soon.

He needs to work on his brain muscles. If he has any.

...which is actually a good thing because we all know how McCune's career just totally blew UP!!!

In fairness I have to admit that I'd kill to have bi/triceps even close to Landry's.

He looks rediculous to me. I can't imagine how all of those muscles could help him with things like quickness, agility, balance ect.

GSF said:
He looks rediculous to me. I can't imagine how all of those muscles could help him with things like quickness, agility, balance ect.
Click to expand...

Which is why he is so often injured. Body builders look impressive, but they are not the greatest athletes usually.

More, he's had one great half season and a lot of up and down, refuses to follow doctor or team medical advice, and is probably now to big for his body. I still would not mind giving him a shot on a one year contract, but I wouldn't offer him much... especially since at last report he still can't run.

Wow! He must be doing the Adam Archuleta workout! OMG!

I think his main problem (well, physically) is that his joints can't handle his bulk. It's one thing to be big, but that's just ridiculous. I think his own muscle mass is overloading his joints and tendons.

If you all have never seen the guy up-close, he's not a huge dude. I know pics show he's more ripped than a Grateful Dead concert-goer, but he has a small/medium frame.

He and I had a chat a couple years ago at the Outback in Sterling one night as his little girl and my son were doing the kid/flirty thing. Very unassuming guy and not very intimidating in street clothes, but fairly personable to me as a stranger (this was a couple days after the Philly game when Smoot attempted to make a tackle at the goal line and LaRon kept whoever the WR was from scoring a TD at the end of the game).

Some builds can handle all that bulk, some can't. I don't believe for a second he's totally natural, either. Those are two reasons why he's having joint/ligament problems, although HGH is supposed to aid in achilles recovery, so what do I know...

People!! Just do some sit ups and push ups, lift some weights.

A diet consisting of grilled, Boneless, skinless chicken breast, baked fish, arugula w/ olive oil and diet Dr Pepper will give you a body just like his.

They were talking about him on 980 yesterday about how obsessed he is with working out, that he works out so much he doesn't give himself recovery time and he's basically destroying his muscles long-term. I don't know if that's true or not but those pics are troubling ...

We will see what happens this year - if he signs a one-year deal with someone (Washington or otherwise) and then plays less than a handful of games, methinks the writing is on the wall for #30.

Modeled by our own Adam Carriker

Fear The Spear said:
I bet he has bigger boobs than most of the girlfriends/wives of the members here jk
Click to expand...

This guy is about out of here. Rumors spreading today that he just quietly had surgery on his hand.

His body is falling apart--likely from HGH in my opinion.

Goodbye Hormone Boy. Thanks for nothing!

http://www.washingtonpost.com/blogs...-the-redskins/2012/03/20/gIQAF71BPS_blog.html
You must log in or register to reply here.