I love you Chris Cooley...

Wow. Cooley writes a nice blog. Not to mention the juicy goodness of it all...

In my weekly appearance on 106.7 The Fan with Chad Dukes and LaVar Arrington I made some comments regarding Tony Romo. “It's amazing, amazing to watch him choke like that … there's no way that Detroit is gonna drive on you that many times. The only way you're gonna give up that many points is turnovers, right? It was hilarious to watch him throw pick-sixes, too, back to back. I loved it.” The conversation then turned to a hypothetical cage match between Romo and myself, which I insinuated that I would win because of my wrestling background. And now, a joking, lighthearted situation, which in my opinion, has received 15 times the 15 minutes of fame it deserved, warrants my response.

In a league full of glad-handing and ass slapping between competing teams, I actually care about the organization and fan base that has supported me throughout my 8-year career. While I feel an honest respect for all NFL players, I show no remorse in cheering against another team, especially the Cowboys. If it sounded like I was delighted by Tony Romo’s failure last week, I was. Though I have no personal vendetta toward Romo, my feelings for him had nothing to do with me reveling in a divisional foe blowing the biggest 2nd half lead in the history of its proud franchise. Now before the rivalry-igniting defense of my comments, I would like to state a couple of facts:

In a new age where professional athletes can “engage” with their fans like never before, it has become evident that the NFL is an entertainment-based business. Though players earn their worth on the football field, there’s not a player in the league unfamiliar with the media. And as a player who has decided to share my real personality with the fan base, I make a clear choice with expressing my political incorrectness as an entertaining attempt to engage as a real person. I will not apologize if my sense of humor and hint of sarcasm is difficult to ascertain by the more serious NFL supporters. I will never make an apology to any offended Dallas fans and I expect every Redskin fan to cheer at the folly of a Cowboy.

That said, after seeing the frenzy of peevish Cowboy fan banter over the past 24 hours I have to say that the peculiar defense of “America's quarterback” has completely blown me away. From genius talking heads like Skip Bayless and former Maryland great Norman Esiason to the bible thumping twitter bullies, it's very clear that a cult like group of Dallas supporters has emerged to stand in defense of the epic Tony Romo. To them, my tongue-and-cheek opinions scream sacrilege and idiocy. It’s a funny thing, the way simple lighthearted banter can change gears so quickly, but that’s part of the amazing world of sports fanatics. You don’t want me to be boring, but as soon as I’m entertaining I’m crossing a line. You can’t have it both ways.

Finally, those of you that responded on Twitter, you made this easy. Your clumsy charm and the outpouring of the appalling tweets has inspired me to feed the fire of an NFL rivalry that seems in need the more flame. Thank you for caring so much. I genuinely appreciate you making me the number 1 Google search yesterday. I’d like to give a special thanks to those fans who want to choke me out, burn my house down and not only see me endure career ending injury, but break my neck and die. Clearly football is important to you, you are the people who make the NFL what it is!

I’m aware at this point, that I could choose the high road, but a little pettiness makes for much more fun. Plus, I’m assuming if you tweeted you wouldn’t mind a response. I would have loved to spend more time with more responses because it really was fun, but I just picked a couple. Oh and Skip Bayless, I didn’t forget you. I just haven’t decided if I should hoot and holler on air or take the time to write something nice for you. If you have an opinion either way let me know.

For those of you opposed to profanity, I suggest stopping here: (click on link above to read the rest...)

I loved this entry also - I tweeted the following:

Oh man, I hope you play for the #Redskins FOREVER! #SuckItDallas RT @thecooleyzone: Had fun with this one! [Blog Link]

His sense of humor is second to none, and his responses to the Tweets were CLASSIC. I absolutely cannot wait to hear what he has in store for Skip 'the' Clueless...but I am sure its going to be amazing.

What a really well written piece. Articulate, personal, and effective. Liked Cooley before, but this adds a new level of respect.

The rivalry is back - as it should be. Got a feeling that it will be as good as the Hogs vs. Randy White.

We need to hear from a dooooofisssss...

I just read that myself and came over here to share it. Thank you Boone and thank you Chris Cooley! Great stuff and more to come tomorrow apparently.

The clip from espn at the end is incredible. Is Skip Bayless Tony's mom? He looked like he was going to cry.

check out the video at the top where stephen a smith goes nuts about how cooley has the right to do this. and how romo is super overrated.

i like smith. he's earned some respect from me for that one

"I lost a lot of respect for Chris Cooley when he uttered the word 'choke' in the same sentence as Tony Romo. Because he comes across as some lame-brained....blah blah blah"

Are you ****ing kidding me, Skip ?!?!?!
You are out of your mind - no-one in the history of the NFL epitomizes choke like Tony Romo, and if you can't see that, your head is way too far up your ***
You are the lame-brained one here

Skip Bayless had me rolling, never seen someone so intense, almost to the point of "I drink Romo's bathwater" intense.

SkinsOrlando said:
Skip Bayless had me rolling, never seen someone so intense, almost to the point of "I drink Romo's bathwater" intense.
Click to expand... 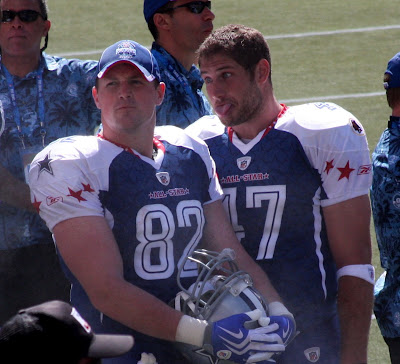 I think it's safe to say, being Chris Cooley doesn't suck.

Yea, the pic not only sums up Chris Cooley, but also illustrates his feelings towards the Cowboys

Just watched that video....haven't particularly been a big Stephen A. Smith fan, but I like the way he dumps on Bayless...who totally deserves it, by the way. What a chump.

Absolutely love that Cooley is stirring the pot.....and can't wait to get them at Fedex Field.

Chris Cooley is a straight pimp. He totally fits Joe Gibbs' definition of a true Redskin. Hope he gets a ring or two (or more!) and retires in the Burgundy and Gold.

And Skip Bayless? I love his cooking show on PBS.

You got to love Cooley. He isn't afraid to speak his mind and stands up for Redskin Nation.

Except he forgot to comment on the attractiveness of Cowboy fans, in Gibbs-like fashion

This is probably the ONLY time I've ever agreed with Stephen A. Smith. Way to go, Captain Chaos! LOVE having a player talk about the Pukes like we do.

let's not miss the serious issue Cooley is drawing attention to: the large number of wingnuts who are threatening violence to our TE supreme. folks who can't separate entertainment from reality.he's taunting them and it's hilarious....but he's right to be appalled.

Was laughing hard at the idiot who asked him how many Super Bowl rings he had. Wished Cooley would have replied with "How many does Romo have?" Instead of asking him how many the guy had.
Last edited by a moderator: Oct 7, 2011
You must log in or register to reply here.