Well, it's March. And that means the Madness will start soon. I thought it might be cool to do a bracket challenge for BGO members for bragging rights.

So, if you are interested in participating, we will be using Yahoo, I have already got it set up and ready to go. Just PM me and I will send you the log in information to get you all set up. I will provide periodic updates in this thread, and reminders to get your picks in.

I'm in but will have to wait until Friday to register (on the road). Goaldeje - any reason we can't just have you post the link and password here? Since there's no cash involved in playing, can't think of a reason why we shouldn't do that and just make it easy?

I definitely want in, I knock these out of the park every year.

We will offer a prize of some kind to the winner, TBD...

I told myself I would keep up with NCAA basketball this season, so I'd have a better chance with my brackets. Of course that did not happen, so my approach will be the same as usual... 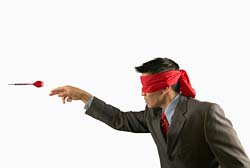 Great idea. I haven't followed much college this season.....but that is only a small obstacle. I would love to play.

Boone said:
I'm in but will have to wait until Friday to register (on the road). Goaldeje - any reason we can't just have you post the link and password here? Since there's no cash involved in playing, can't think of a reason why we shouldn't do that and just make it easy?
Click to expand...

Yep, I can do that. Here is the link to join for everyone who wants to.


I will post reminders in this thread when the brackets are available to remind folks to fill theirs out.

I inevitably get one of my brackets destroyed, but I'm in. The homer in me picking Michigan State getting to the Final Four could be my undoing.

China said:
I inevitably get one of my brackets destroyed, but I'm in. The homer in me picking Michigan State getting to the Final Four could be my undoing.
Click to expand...

Yeah, I've been known to pick JMU to go far when we make the tournamanet, which thankfully for my brackets, isn't very often.

North Carolina will be winning it all this year, it's the only tip I can give anybody.

Wanna bet? Kentucky won't make the Final Four, unless they hand them a weak bracket like they do for Duke when they're the 1 seed.

Kansas and Kentucky are famous for bowing out early when they enter the tournament as the top seed after only losing 1 or 2 games during the season. Pressure kills them.

Then again, they'll probably be in a bracket with Duke (who is nowhere near as good as their record would lead you to believe) and the region will probably get Louisville as an overrated 4 or 5 seed, when they should be a 9 or 10 seed at best.
Last edited: Mar 6, 2012

It's true that in recent years, Kentucky has bowed out early. But this year they have been (arguably) the only dominant NCAA team. I'll be surprised if they don't continue to steamroll teams in the NCAAs.

There's one major problem, they have John Calipari, the biggest choke of a coach in NCAA history Even when he cheated his way through the tournament, they still couldn't win.

They have the talent on the team to win it all, it's their coach that will hold them back. They have the same problem Michigan State has with Tom Izzo. MSU will make another Final Four this year, but again will fail to capitalize as they always do.

Kentucky has been the top seed 9 times in school history, and only once did they win the title. Their other 6 titles all came as a lower seed. That's not good odds.

North Carolina, on the other hand, has been a 1 seed 13 times, and won 5 titles as a 1 seed. The odds are heavily in their favor. Not to mention, they are peaking at the right time. Kentucky hasn't lost since December 10, so they have a lot of pressure on them. They'd be doing themselves a favor if they lost a game before the NCAAs.

Then you look into some more stats that are far more telling. Kentucky's strength of schedule is 36th. North Carolina's is 4th, so they are far more battle ready than UK. Even with the featherweight schedule, Kentucky is ranked 18th in scoring against some of the weakest defenses in the country. And they're ball hogs, dishing out assists to the tune of 123rd place.

Compare that to North Carolina, who is 2nd in scoring, 1st in rebounding, and 4th in assists. They play offense and defense, and they spread the ball around. And that's against one of the toughest schedules in the country. It's no contest. If Kentucky gets a cupcake region, they'll probably make it to the Final Four, but I wouldn't bank on it. But if they even get a slightly difficult region, they will be lucky to make the Sweet Sixteen.
Last edited: Mar 6, 2012

Let's go people, get your procrastinating rear-ends signed up. This will be a lot of fun

All right guys, come on! Get signed up already, slackers.

Also, once you're signed up, shoot me a pm and let me know what you screen name is here so I can announce winners and such as the tourney gets underway.

Time to ante up and kick in.

Get signed up now people, before the maaaaadness begins!
You must log in or register to reply here.