The guys dissect and revel in the horribly and yet gloriously unjust win against Philadelphia (please pray for beleagured and outraged Eagles fans everywhere). Celebrating the numerous contributors to a heroic effort in Philly, we debate the future prospects of Taylor Heinicke and anticipate what might happen in Houston on Sunday. #RIP Lavel Davis Jr., Devin Chandler, and D'Sean Perry. Prayers and good thoughts to their family, loved ones, and the University of Virginia community during this incredibly difficult time. #GoodWillPrevail #Wahoowa 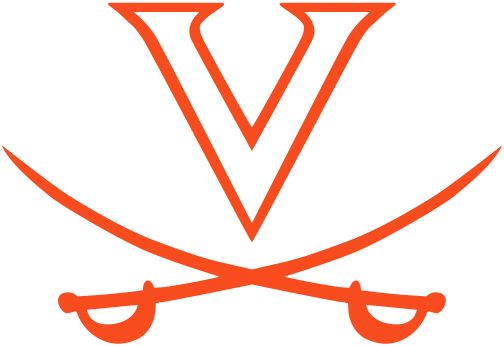 This goes to something we specifically were concerned about last night...

‘We can’t take them lightly‘ might be the understatement of the last couple of decades.

In my middle seat on my flight home, waiting to push back, with the Blind Pig queued up and ready to go. Let's do this.

Listened to the pod today and enjoyed it. Made the work day more pleasant.

Wanted to talk about the gameplan in regards to ST's remarks.

I understand his point that they can't go into the game expecting to run 50 times and that ST wants them to be more aggressive.
But at the same time,you can't get away from who you are and hopefully the staff and the players know who they are: A run heavy offense that takes advantage of the play action off of it.
The worst thing that could happen Sunday would be to start out in empty set,5 wides. And with the Texans bad rush defense,who they are matches up well.

Anybody here remember '82? Mark Moseley kicked us to alot of important wins while they were figuring the offense out and eventually they got into a groove and scored more.
That's how I look at this offense from Heinicke on down....learning to win this way and getting better at it.

For all of Doc Walker's hyperbole, he gets it right in saying "taking their souls" when you dominate in TOP and the run game....and when you pound the ball and set up the play action in the second half....that's how you pull away and give the fans an easier afternoon.

Love the banter on each pod,keep up the great work!

Thanks DP. Not to sound like a broken record, but scoring is down league-wide. With our D, if we can get to 20+ points we have a good chance of prevailing in a lot of games. And I'm less of a 'it's about the gameplan' guy as I am a 'it's about executing regardless of the gameplan'.

Boone said:
This goes to something we specifically were concerned about last night...

So the average scoring in the NFL this season is 21 points per game. Cool.

What's the average score of the winning team?

More than the average

Well, according to the NFL, as of Oct 23 games the average margin of victory this year was 8.9 points. We'll round up to 9 since it's Friday.

I mostly daydreamed through math class in school, but I think in a year where the average team scoring is 21 ppg, that would make the average score 25.5 - 16.5.

Here's updated margin of victory averages updated through the most recent games. I'll let someone who stayed awake in class do the math.

Great pod, guys. I enjoyed listening and I appreciate the futbol mention at the end too.

Been thinking about that thing SilentThreat said - that while running so much was a great idea against Philly, it probably wouldn't be a good idea this week (or words to that effect).

I'm pretty sure I disagree.

In the current pass-happy NFL, there just aren't many teams built for an old-fashioned street fight while I think Washington just might be.

We have a legit 2-headed monster forming in our backfield and Jonathan Williams makes a pretty formable 3rd when he is healthy.

Our line is much better run-blocking than pass-blocking and one of the strengths of our QB is play-action.

When you run the ball as much as we did last week, you also dominate the clock, which means more offensive snaps in total. Taylor still dropped back 29 times even with us running the ball 49 times. That means that guys like Terry and Curtis will have their share of the ball as well.

I don't think running more means we give teams a greater chance to hang around (which is the reason I think I heard given for not doing that). In most games, teams have an equal number of possessions. Yes, running more limits the total number each team will get but what matters is what you do with those possessions. At the end of the game, a team that has been defending the run all day and has not had the ball for as long is tired, and much more likely to make mistakes. Much less likely to take the chances they might get.

At this point, with our personnel on offense, I'd like to see this team run the ball 40 times a game minimum from here on out.
Last edited: Nov 19, 2022

Totally fair, and the more things go on, the more I'm surprised I'm making that argument.

I guess my overall concern is becoming one-dimensional. I believe I made a point in the pod that we may get these explosive plays IN the run game... That my 'fear' is more about just running into a brick wall, gaining 3 yards, and saying thank you very much. It just feels like we could pigeon hole ourselves into making the game closer than it 'should' (could) be.

That said, if we're gashing them, by no means do I want us to get away from it. If the offense is explosive IN the run game, so be it. Maybe I didnt articulate it as well as I would have liked to (in fact i'm pretty sure I didnt). I just don't want us to be settling. I always want to play 'bully ball,' meaning if you're bigger / badder / better, go do it, even if they know it's coming. If we're controlling the game that well in the run game, I'm good with that. I would just hate to see us grind out 25 carries in the first quarter amounting to little actual points on the scoreboard. Watching the final 2 drives of the first half last week... they changed the game.

Me, I would like us to do whatever is working on a particular day. And regardless of whether we are run heavy or more pass heavy, I would dearly love to see us actually score some touchdowns.

So my suggestion to Scott Turner is “call plays that result in touchdowns you moron.”

Om said:
Me, I would like us to do whatever is working on a particular day. And regardless of whether we are run heavy or more pass heavy, I would dearly love to see us actually score some touchdowns.

So my suggestion to Scott Turner is “call plays that result in touchdowns you moron.”
Click to expand...


so you're sayin i'm over-thinkin?
You must log in or register to reply here.